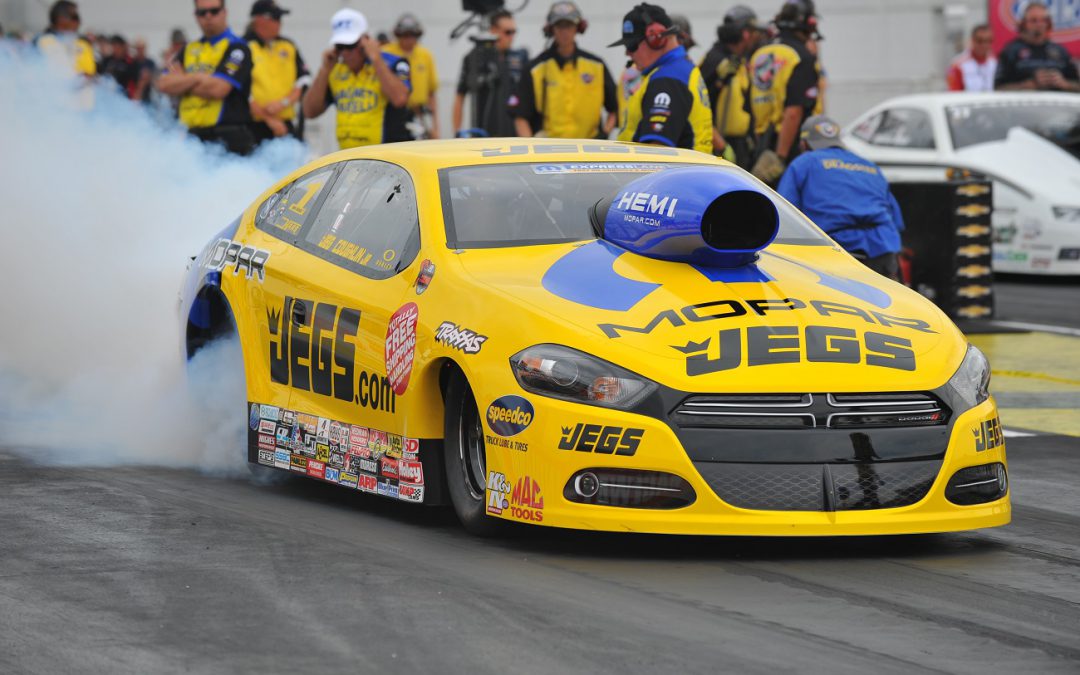 Coughlin entered last year's event a solid third in the Countdown to One championship points, 40 markers behind first-place driver Mike Edwards. He used the Charlotte victory to move into second place, before jumping up to first for good with another playoff win three races later in Reading, Pa.

This year he faces almost the same challenge, as he trails 2014 leader Jason Line, whom he bested in the Charlotte final a year ago, by 50 points. Each round of elimination racing is worth 20 points, so Line is effectively two and a half rounds ahead.

"We've been fortunate enough to win three championships since the NHRA instituted a playoff format and we've had to come from a few spots back each time," said Coughlin, driver of the JEGS.com/Mopar Dodge Dart. "The way NHRA resets the points and separate 1-10 by 10 points each basically wipes the slate clean. It's a new beginning for all of us.

"No matter what, the thing that hasn't changed is the fact you have to perform well during this time of the year if you want to win the Mello Yello crown. There is very little room for error so mistakes must be limited. You have to keep yourself and the team at a very high level for two months. All six races mean so much."

Consistency has been a calling card for Coughlin and teammate Allen Johnson this year. Both men have raced to five final rounds, Johnson winning four times and Coughlin twice. They enter the playoffs just 10 points apart in third and fourth place.

"Allen's dad Roy (Johnson) and everyone back at J&J Racing have been working incredibly hard on these HEMI engines," Coughlin said. "We've both been able to show the horsepower off on a variety of occasions this year. Mark Ingersoll and Adam Hornberger (crew chiefs) have the cars running well and the rest of the crew guys have been so meticulous in their preparation.

"I'd say we are prepared as possible for the Countdown. Charlotte begins a run of four races in four weekends so it's really important to get off to a solid start and then maintain that momentum. Another Charlotte win would be great. We are going to give it our all to make that happen."

Pro Stock qualifying sessions are scheduled for 12:45 and 3 p.m., Friday, and 1 and 3 p.m., Saturday. Eliminations begin at 1 p.m., Sunday. ESPN2 will carry all qualifying and elimination action.