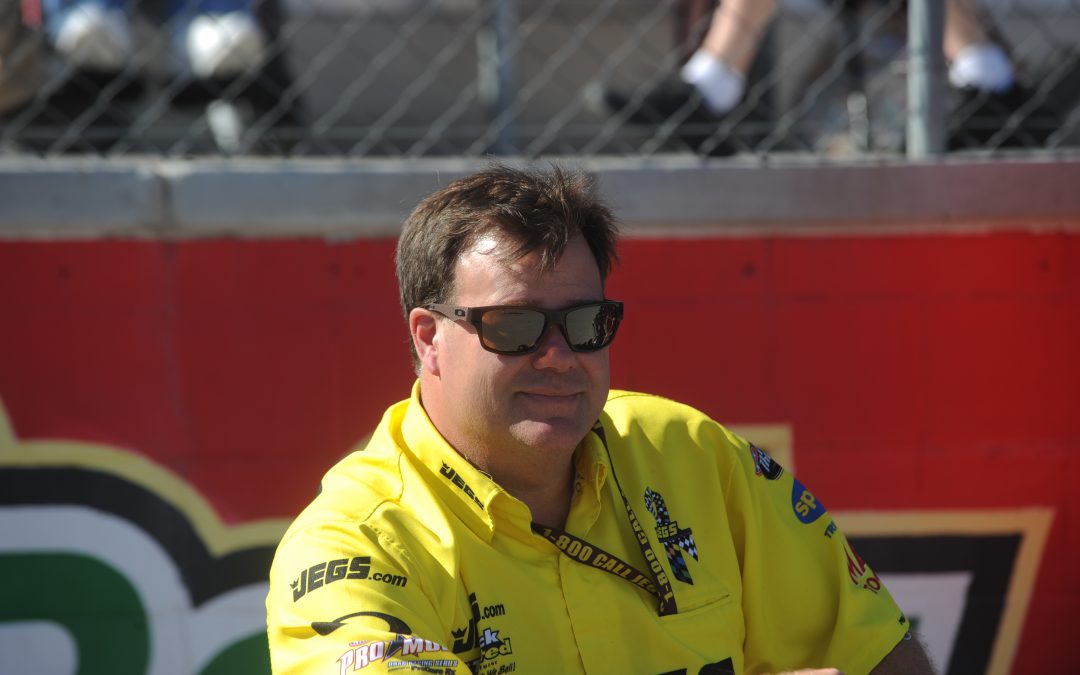 LAS VEGAS (Nov. 14) — Two-time world champion drag racer Troy Coughlin has returned to The Strip at Las Vegas Motor Speedway to defend the title of the Pacific Street Car Association Street Car Super Nationals. The ninth annual running of the event, which pays $20,000 to the winner, runs Thursday through Sunday.

Aside from carrying the momentum of last year's victory into the prestigious PSCA race, Coughlin also will benefit from having won the NHRA Pro Mod season finale on Oct 27 during the Toyota NHRA Nationals.

"We've always done well in Vegas so it's definitely become one of our favorite racetracks," Coughlin said. "We've won the last three races we've contested there so I guess you could say we're on a roll in Las Vegas. That's always a good thing, right?

"I definitely our like our chances on the drag strip a lot better than our luck on the gambling strip. We have a lot more control of what's happening out here. It's exciting to be back and to have all these positive memories to lift us up. Obviously, Steve (Petty, crew chief) and the guys have a really good read on this track."

Coughlin had to win five rounds to claim last year's Street Car Super Nationals title, which combined with his two NHRA wins at The Strip have him riding a 13-round winning streak at the facility.

Last year, his win in the NHRA race clinched the Pro Mod championship. His most recent NHRA victory was the 100th in NHRA competition for the Coughlin family, which includes wins by Troy, his brothers Jeg Jr., Mike and John, and his son Troy Jr.

"All the wins in Vegas seem to be big," Troy said. "This last win was certainly very special and I immediately dedicated it to my brother Jeg because he earned the lion's share of the 100 we've collected as a family," Troy said. "Jeg turned right around and won his sixth world championship in Pomona (Calif.) so it's been pretty heady times for the JEGS.com brand. I just need to keep it going this weekend.

"It's not going to be easy. All the West Coast hitters come to this race and we were very fortunate to win it all last year. It will be just as tough, if not tougher, to win it again. Obviously, our turbo Corvette is running well so if we stay with what we've been doing we'll have a chance."

The race can be viewed on XSAN.TV, via a pay-per-view Internet motorsports broadcast. The XSAN.TV event will offer high-definition viewing, multi cameras, instant replays, professional announcers and an exclusive photo gallery. Subscribers also will be able to re-watch the event after it is completed.

For more information on the event, visit www.streetcarsupernationals.com.