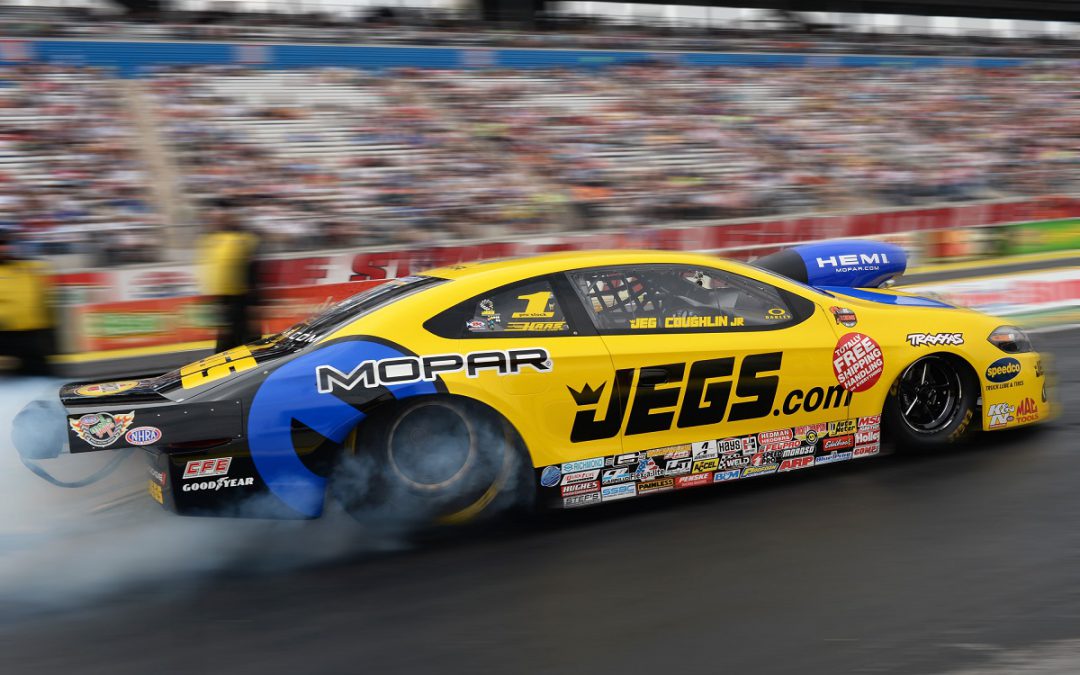 READING, Pa. (Sept. 30) — Midway through the NHRA's six-race Countdown to the Championship, reigning Pro Stock titlist Jeg Coughlin Jr. is locked in a battle for the 2014 crown against the top drivers in the factory hot rod class. Currently seventh in the rankings, 133 points off the lead, the 58-time national event winner knows a big showing in this weekend's NHRA Nationals at Maple Grove Raceway is imperative.

"We've got a bit of a climb ahead of us but we're still pushing hard to achieve our ultimate goal of defending our title," said Coughlin, a five-time Pro Stock champion. "We ran well in St. Louis after making some pretty big changes to the car and we're going to continue to push the envelope this weekend in Reading to try and close the gap.

"The exciting thing about being in the position we're in is that we can kind of go for it and try some things that normally we probably wouldn't try. These aren't crazy, panicky moves, they're more like moves we've all thought about and discussed in the past that we just didn't try because the points were so close. They still are close, but being six rounds back, we have the luxury of being able to take bigger chances."

Maple Grove Raceway is the perfect place for Coughlin to make a move. He's the defending event champion, having bested teammate Allen Johnson there a year ago, and his four overall victories at the venerable facility are the most among any active driver in the Pro Stock class.

"Last year the conditions were just perfect and everyone was shooting for the moon," Coughlin said. "We stayed in the fight and kept our program together all day and managed to come away with the win in an all-J&J Racing finale. That was a pretty fun moment in our championship charge.

"The crew, on both sides of the pit, is pretty much the same as it was a year ago so there's no reason to think we can't have another big day at Maple Grove. We really have a great focus over here and no one is letting up. We want to win these last three races and to do that we need to win this one first so we'll be holding nothing back."