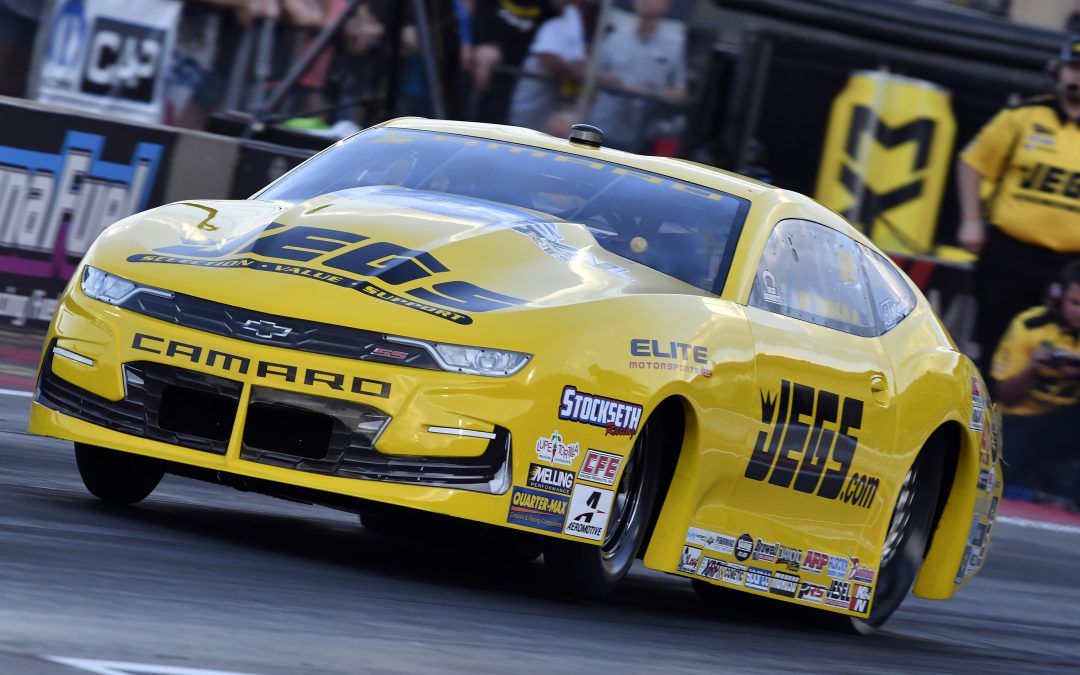 SONOMA, Calif. (July 22) — Jeg Coughlin Jr. used a big win at last year's NHRA Sonoma Nationals to kick-off a strong stretch run of the 2018 season that ultimately ended with a lofty second-place finish in the championship points. Now the 81-time national event winner is hoping a repeat performance at this weekend's race will yield similar results for his JEGS.com Elite Motorsports race team.

"That is what's on the menu right now — repeating what we did here last year and rolling on into the playoffs," Coughlin said. "It's just not that easy to do because there are so many top teams and drivers out here. Of course, that's also what makes it so challenging and fun.

"If we stay focused on making good quality runs each session, not looking too far ahead, we will continue to keep our car up at the front of the pack. If I can do my part and compliment what the car is capable of with some good driving, I like our chances."

Interestingly, Coughlin arrives at Sonoma Raceway in the exact same position he was in a year ago — seventh place in the Mello Yello championship standings — and his racecar seems to be running just as strong.

"The car ran well in Denver and we had a great chance to get to the finals and run for the trophy," Coughlin said. "We also had a strong run in Norwalk (Ohio) so I'm pretty jacked up to get back down to sea level and breakthrough for our second win of the season. Without question, all the ingredients are here in this Elite Motorsports pit."

Coughlin has reigned victorious in Sonoma on three occasions, winning here in 2003, 2010 and 2018. He always circles this event as one of his favorites on the schedule due to its proximity to world famous areas like Sonoma and Napa Valley.

"The backdrop of wine country has made this track a favorite of mine from the first visit," Coughlin said. "The facility is top-notch and the amenities for fans and racers alike are first-rate. I'm excited to return."

This weekend's race in Sonoma kicks off a string of three consecutive national events where Coughlin will race alongside his brother Mike Coughlin, who races the JEGS.com Top Dragster. Mike has won two races in the last three weekends and surged to the No. 1 ranking in Top Dragster in the North Central Division. Mike and Jeg Jr. will race together this weekend, next weekend in Seattle and three weeks from now in Brainerd, Minn.

"Having a chance to watch Mike race is really cool," Jeg Jr. said. "He's been doing so well here lately and he tells me his car is as perfect as anything he's ever driven so I'm ready to see it up close and watch him win again.

"It'll be a family affair, which is how we like it. My son Jeg III is joining us for the weekend and two of my nephews, Clay and Jack, who are Mike's sons, are going to join us so we'll have plenty of Coughlin boys on hand.

"My great friend Kyle Seipel has been managing the drag racing side of things at Sonoma Raceway also so it'll be great seeing him as well."