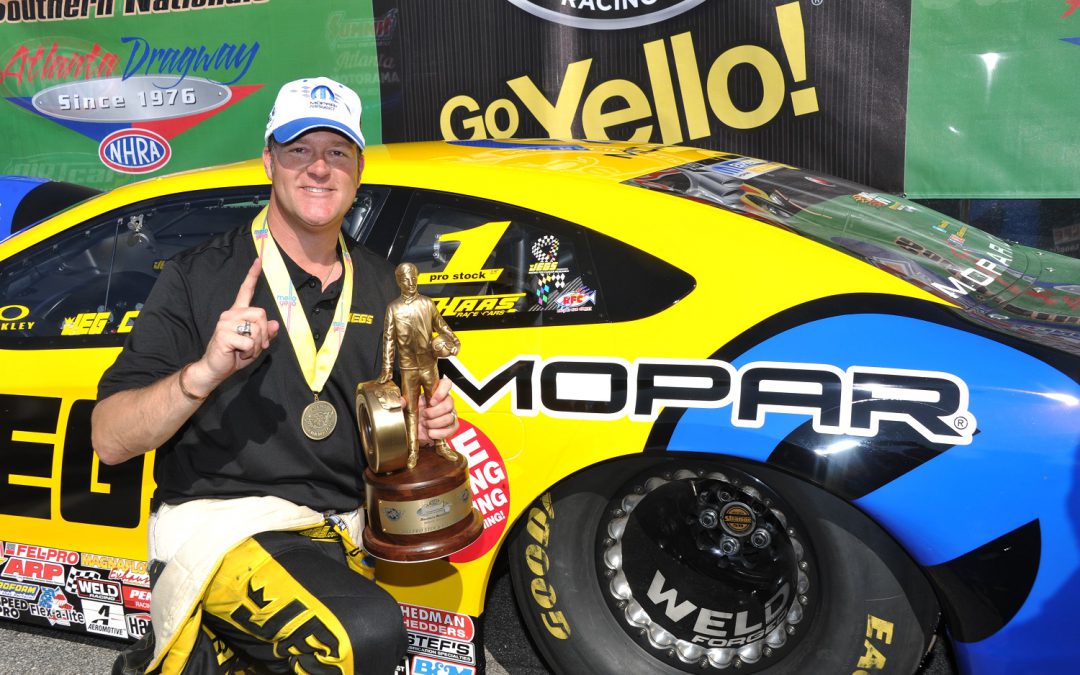 Coughlin beat teammate Allen Johnson in last year's Topeka final, an all-Mopar affair that favored the JEGS.com/Mopar Dodge-branded machine. The win was Coughlin's third at the historic facility. He scored another Pro Stock victory there in 2000 and won the Super Stock trophy in 1994.

"We've had great success at Topeka in both the Lucas Oil Series and the Mello Yello Series," Coughlin said. "Any time you can approach a facility with a smile on your face because you like the place, it definitely gives you a little more pep, a little more confidence, and a little more pride in wanting to defend your championship there.

"We're definitely looking forward to our return. After such a strong win in Atlanta, we all feel like we're in a good position to try and keep our Topeka crown. It's a great facility and a great crowd, and besides that we owe those folks a party."

Just as it was in Atlanta, last year's victory celebration was drastically hastened by adverse weather, a common occurrence this time of the year in the Great Plains.

"There's no question we got cut short on celebrating last year with the weather that was coming in," said Coughlin, a six-time world champion. "It would be extra special to make it two in a row there and have an even bigger party come this Sunday night.

This year, Topeka represents the second of three races in a row, always a challenging time for race teams because they don't have a chance to return to their home bases and reload.

"Things get magnified as we approach the summer months," Coughlin said. "We're in the middle of three straight with Atlanta, Topeka, and Englishtown, and then we've got four in a row and three in a row later this summer. But this is the kind of team you want behind you, one with championship quality and drive.

"We showed a lot of strength in Atlanta. Qualifying really didn't go as planned. We had some errors, we had some problems, but you look at the depth of our team with Roy and Allen Johnson, Mark Ingersoll, Adam Hornberger, and both the Mopar Dodge and the JEGS.com Dodge, and that's what pulled us through. They did one hell of a job. I expect that to continue in Kansas."

Pro Stock qualifying sessions are scheduled for 4:30 and 7 p.m., Friday, and 1:30 and 4 p.m., Saturday. Eliminations begin at noon, Sunday. ESPN2 will carry all qualifying and elimination action.