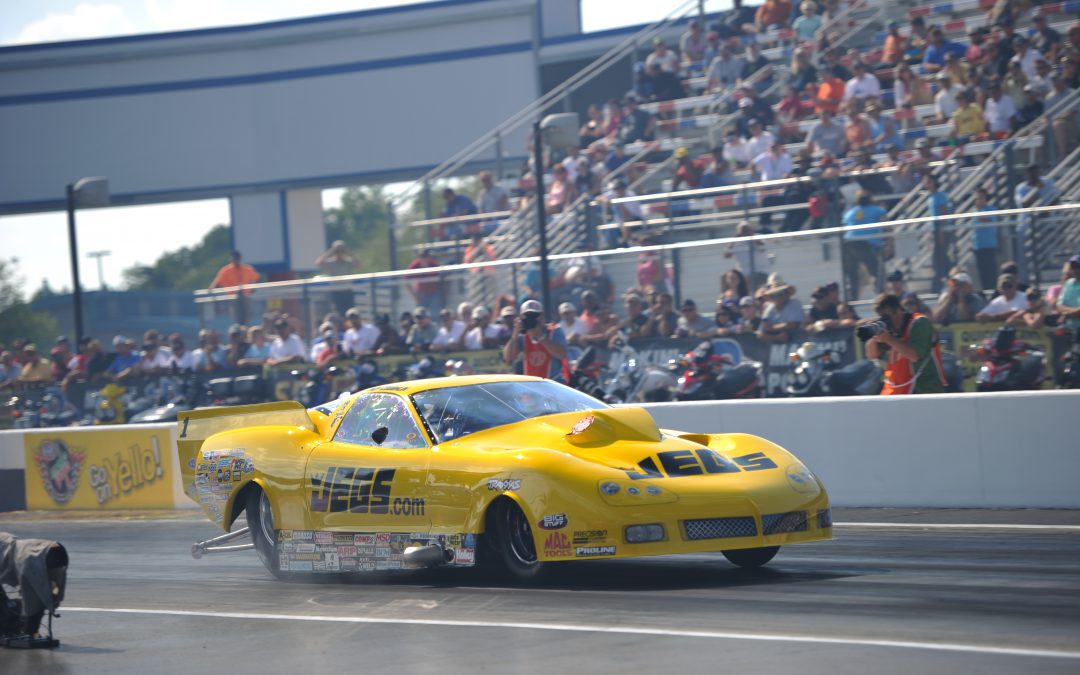 Coughlin, the defending Pro Mod champion, won his first-round matchup with Mike Janis in the AAA Insurance NHRA Midwest Nationals on Saturday at Gateway Motorsports Park despite nearly losing control of his turbocharged Corvette at half-track.

Coughlin, the No. 8 qualifier, also had problems in his qualifying pass earlier Saturday.

"I don't know where it's all coming from," Coughlin said. "It's been a handful lately. The first half of the year, we probably made a million runs from end to the other, and we go to Indy and haven't been able to hit a lick.

"It's not for a lack of hard work and a lot of labor. The guys are working hard to get it all figured out, which we will. We'll keep fighting."

Coughlin left first on Janis in a battle among two drivers in the top four in the championship standings, and Janis immediately got in trouble. Coughlin's car never trailed, but at half-track, the Corvette kicked sideways as he fought to regain control.

"I thought he'd come around me," Coughlin said. "I backed it up between a quarter- and half-throttle for a while until the thing came down, and then I got back on it when I didn't see him. It really didn't go anywhere when I hit the gas, so I said, 'Something must be wrong.' We'll have to take it apart and work on it."

"That's what I said on the radio: 'At least we got the win,'" Coughlin said. "I'm not sure what happened to Mike. I knew he was going to be pretty tough; he's No. 2 in the points. We just got out there and the front end hiked up a little too high. We've got to get her under control.

"It's a work in progress, obviously, for some reason. We haven't found anything major wrong, but we've got a bolt in the wrong spot somewhere."

Coughlin earned the No. 8 qualifying spot with a pass of 5.944 seconds at 249.67 mph as the team bounced back from failing to qualify in Charlotte.

Next up for Coughlin in Sunday's second round is No. 1 qualifier Jim Laurita, who beat Steve Matusek in the first round.