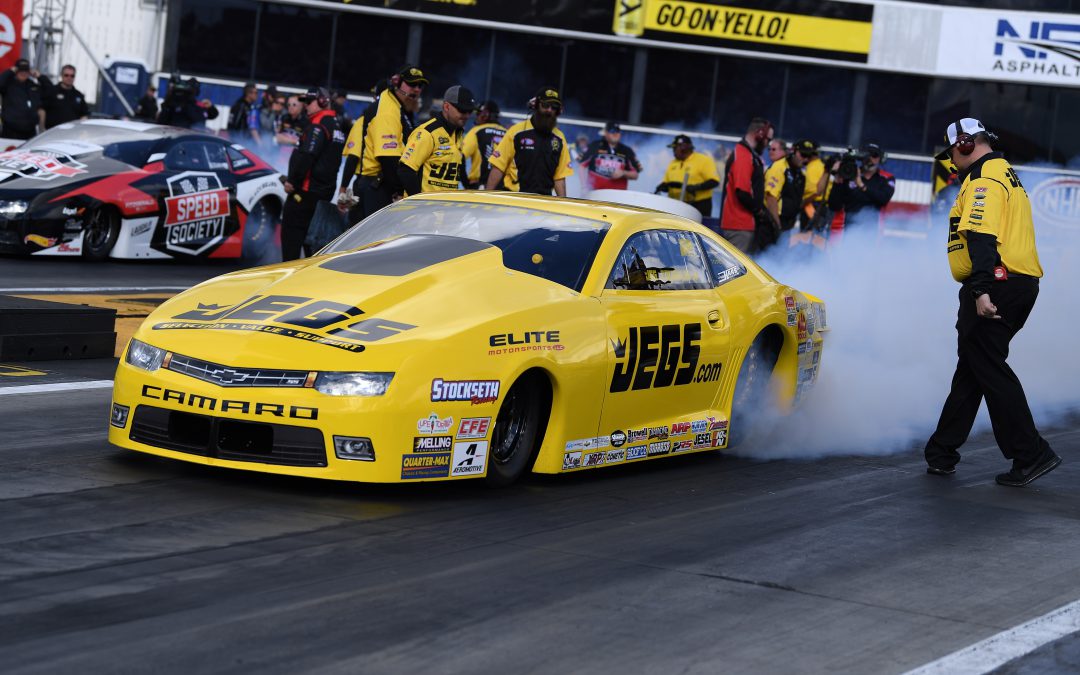 "I said before the season opener (in Pomona, Calif.) that this is the best -running car I've had at the start of the season since I've raced with Elite Motorsports so I'm extremely excited to get to Phoenix and get after it," Coughlin said. "This is a track where we've had great success in the past and we tested well there a few weeks back so we're expecting big things.

"It looks to be uncharacteristically cold this weekend but we just encountered the same situation in Pomona so we're already on task to find a good cold-weather setup. All five of the Elite cars ran well in Pomona and we ended up with two cars in the final four so the crew chiefs are doing their jobs. I know we'll see more of the same this weekend and hopefully one of us can pull off the victory."

It could be a huge landmark weekend for Coughlin should he reach the final round. By doing so, Coughlin would be racing in his 1,000th elimination round as a professional.

In the past, Coughlin has won the Phoenix national event three times, taking the Pro Stock trophy in 2000 and 2009 and the Super Stock title in 1995. He also won the Comp class there in 1997 during the Division 7 Lucas Oil Series event.

"We have every intention of winning this race again," Coughlin said. "The JEGS.com hot rod was fast in Pomona but for one reason or another we ended up on the bottom half of the qualifying ladder and had severe tire spin in Round 1 that sent us home early so we're looking for a reversal of fortune this weekend.

"Obviously, whenever you race at a facility where you've won in the past your comfort level is higher than normal. Plus, the fact we were just here running really good numbers lets you know the team has a handle on the track. If we stay fast and efficient, we can be the ones smiling on Sunday."