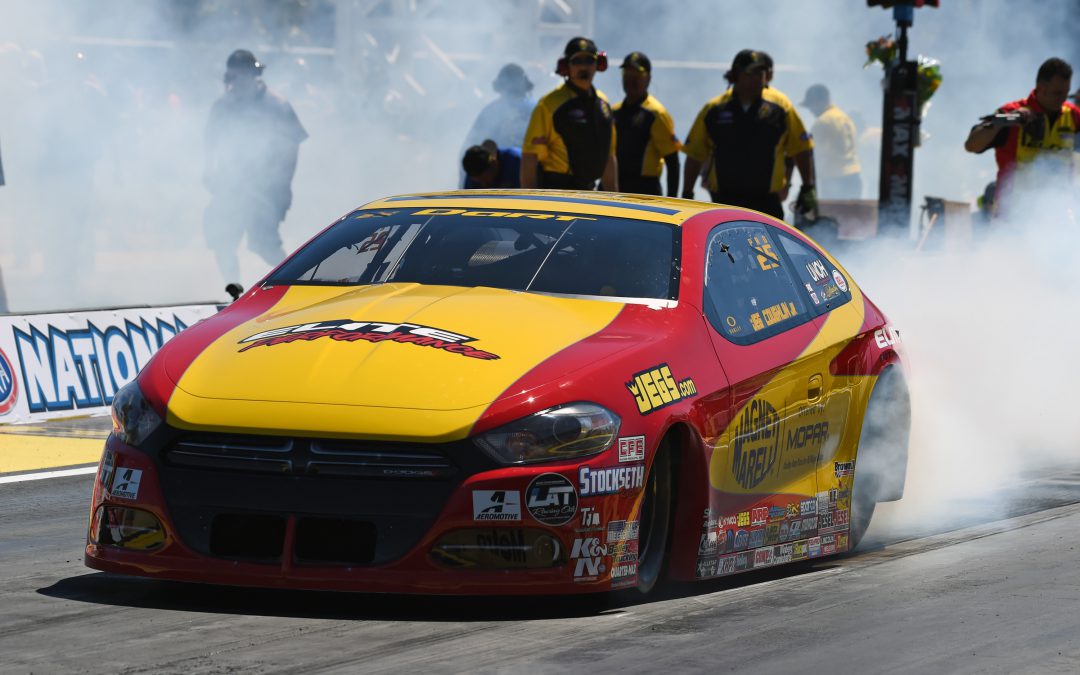 Coughlin qualified No. 13 and fell in the first round of the Denso Spark Plugs NHRA Nationals on Sunday at The Strip at Las Vegas Motor Speedway to Elite Motorsports teammate Drew Skillman.

But the five-time Pro Stock champion remains optimistic for the rest of the 2016 NHRA Mello Yello Drag Racing Series season.

"We know it's all here," Coughlin said. "I've got faith in the Elite Performance group. We've got a pile of parts we'll take back with us to the shop in Oklahoma, and they’ll be like CSI investigators, taking a look at this stuff piece by piece and part by part. They're very intimate with it, and I know they'll come up with a solution."

That pass came after a weekend where Coughlin was unable to make full passes in two of the four qualifying sessions.

"We hustled from the time we showed up here on Friday until right now," Coughlin said. "The team was behind the 8-ball, as we struggled with some engine issues. We just couldn't quite overcome them. It put us in a tough spot in the ladder across from our teammate, Drew Skillman."

"She was fortunate to get by Round 1 at this point," Coughlin said. "Hopefully, she'll go some more rounds. It really could be anyone's race today. The track is going to get tricky, and we've got a crafty bunch in the crew and in the crew chief roles, so we'll see if we can't cheer her into the winner's circle."