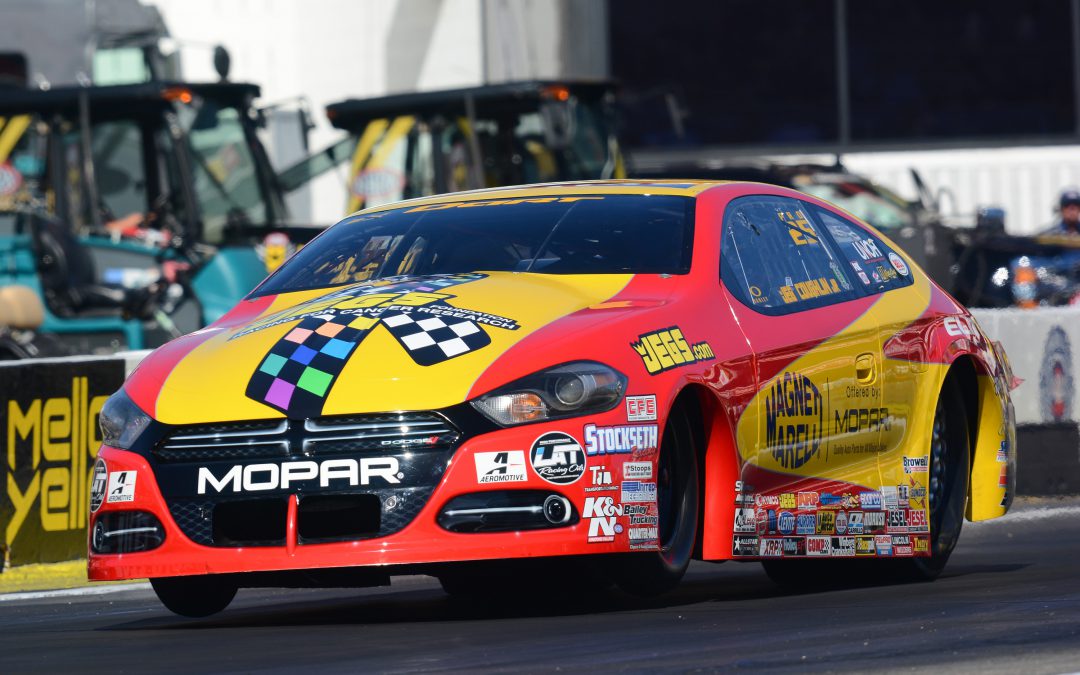 "We were a day late and a dollar short once again," Coughlin said. "Unfortunately that’s the way it's been for most of this season. We’ve been trying to claw our way through this field all year and as we say in bracket racing, our package has just been too far from zero.

"On that run there, we were both .025 on the tree and then it was a horsepower race and he out ran us by .026. I could have backed up after we let the clutch out and just watched but we did try to make a race out of it.

"The car was pretty good this weekend and I felt like we could've challenged Vincent if they slipped up a little but they went up there, as they should have, and were very conservative, kinda walking the thing off the starting line if I had to guess, and then ran it down through there and beat us."

It's been a trying year for Coughlin and his Magneti Marelli offered by Mopar/JEGS.com Dodge Dart crew as they were held winless on the season, something that's only happened twice before in Coughlin's career, which spans more than two decades.

Now, with 2016 squarely in the rear-view mirror, Coughlin says all of his groups focus is on a huge rebound season.

"This brings our season to a conclusion and to be honest, we were excited just to make the Countdown to One with our Magneti Marelli offered by Mopar/JEGS.com Dodge Dart.

"We really look forward to the transitions we have before us in the off season. Looking forward to 2017, I wish it was starting next Friday but it’s not and we’ve got a couple of months to get our act together and get prepared for a full assault in 2017."