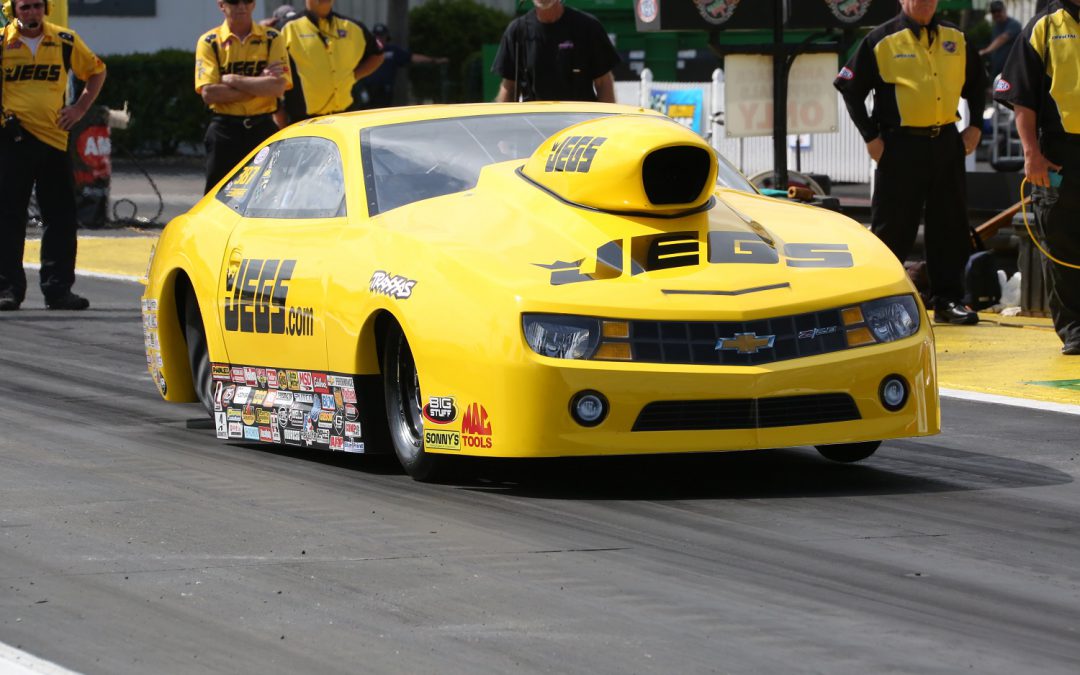 Both men have distinct goals in mind for the four days of racing. Mike is anxious to begin earning points towards a third D3 Top Sportsman crown, while also adding to his totals in the national standings, as this is the first year the NHRA is offering a national championship in his class. Troy Jr., meanwhile, is pulling out all the stops in a last-ditch effort to make the D3 JEGS Allstars team in Super Gas.

"We are especially anxious to race after getting rained out last weekend in Dinwiddie (Va.)," Mike said. "We qualified really well there, fifth overall, and were looking to have a big day in the JEGS.com Chevrolet when the rain set in. There really wasn't much we could do at that point and the race was eventually postponed until May 9.

"The good news is the guys had the car completely ready to race so we didn't feel the need to do anything to it this week. We didn't even take it out of the trailer. We all just spent a few days at home and now we'll head to Indy and see what we can get done there. The D3 opener is always fun, seeing all the new cars and new paint schemes. I think we all have a little extra pep in our step heading over to Indy."

While Mike is early in his 2015 campaign, Troy Jr.'s quest to make the JEGS Allstars team is down to the wire. Troy Jr. is chasing Luke Bogacki for the Super Gas slot on the D3 team. Should Bogacki lose in Round 1 this weekend, Troy Jr. could wrestle the spot away by reaching the final round.

"There are only two races left where I can earn points towards the JEGS Allstars race but I can only attend this one so it's an all or nothing deal for me," Troy Jr. said. "Luke is a great racer and it will be super hard to pass him but if there's a chance, you have to take it so we'll go do our thing and see what happens."

Although his JEGS.com Super Gas Corvette Roadster covers the quarter mile in 9.9 at 167 mph, Troy Jr. may be feeling a tad slow in Indy. At the start of 2015, the 21-year-old, third-generation driver made the move to the pro ranks behind the wheel of 5.8-second, 255-mph turbo-charged Pro Mod racecar.

"The crew guys were telling me it's going to be a huge difference and I think they're right," Troy Jr. said. "It's the first time I've made this transition backwards so I hope it's like riding a bike and it all comes back to me. I haven't driven the roadster since October so I'll be busy, but as long as I'm drag racing, I'm happy."

Mike and Troy Jr. also have placed a huge amount of importance on attending a special memorial service on Friday night for longtime Division 3 announcer Leo Taugher, who passed away two months ago.

"Leo was a true gentleman who loved drag racing and was definitely one-of-a-kind," Mike said. "Being a D3 guy, he was the voice of drag racing for us since as far back as I can remember. We look forward to celebrating his life Friday night."

Added Troy Jr., "Leo went out of his way to welcome me when I first started racing. He had a way of making you feel important, both in person and over the microphone, and his selfless nature said a lot about the man. We miss him a bunch."