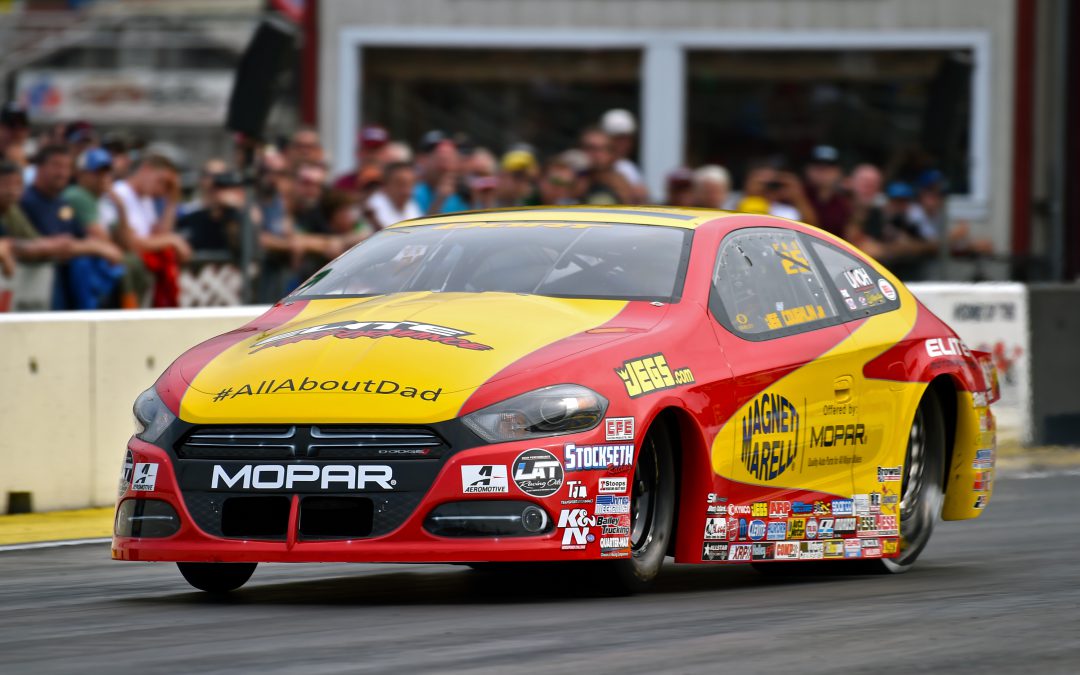 That giant step came in the form of hundredths of a second, but that's the quantity by which Pro Stock is judged in 2016. Coughlin qualified his Magneti Marelli offered by Mopar/JEGS.com Dodge Dart in the No. 7 spot, his second-best starting spot this season and his best since qualifying No. 6 in the third race of the season in Gainesville, Fla.

"I was encouraged by some of the findings in the off-week between Topeka and here," Coughlin said. "We've had a couple moments coming into races where we thought we were going in the right direction – and we haven't seen that. We came in here pretty optimistic, and it looked like it's showed improvement across the board with all three of our cars."

Elite Motorsports teammate Vincent Nobile qualified No. 3, while fellow Dodge driver Erica Enders is in the No. 10 spot, though her car could rocket to the top at any time.

Nobile is less than a hundredth of a second from the top spot, while Coughlin qualifying lap of 6.599 seconds at 208.65 mph is two-hundredths off Nobile's best elapsed time.

"After Q2, we were working on our tuneup a little bit more, and we picked up some speed today," Coughlin said. "The e.t.s didn't quite go with it the way we wanted it to, but we'll analyze things. We were on a much hotter track today, so we were almost starting over.

"We have very talented crew chiefs and engineers on the cars, but when you've got 20-30 more horsepower, it certainly does affect the way the cars accelerate and plant itself to the ground."

Coughlin will square off against No. 8 qualifier Shane Gray in the first round Sunday, weather permitting. Gray's best pass was 6.605 seconds at 209.59 mph.

"Looking forward to gameday tomorrow," Coughlin said. "We've got a tough road ahead of us, but we've got a little bit of momentum going. Tomorrow can't get here soon enough. Let's go."