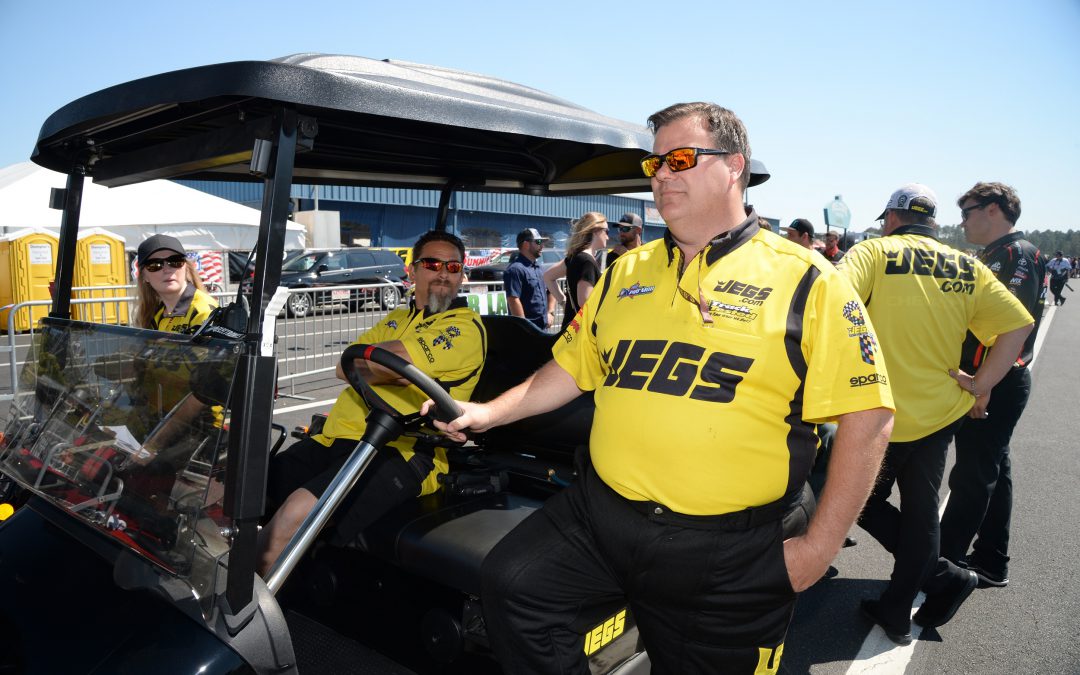 "We want to get better in the first half of the track," Coughlin said. "So we're testing in Dallas as much as we can before we have to leave and head down to Houston. There have been some traction issues we want to square away and running (in Dallas) where it's in the mid-80s on a tricky race surface will really help us dial in what we need to do.

"This isn't a big redo of anything on the car. We were really happy with how we ran in Gainesville. But we have to keep chasing it to stay competitive. We'll never quit."

Coughlin has been a juggernaut in the Pro Mod class for the last five years, winning championships in 2012 and 2015 and finishing in second place behind "Tricky Rickie" Smith in 2013, 2014 and 2016. Overall, Coughlin has 10 NHRA national event wins in 25 final-round appearances in Pro Mod, Pro Stock and Super Gas competition.

Without question, the person Coughlin has had the closest rivalry with over the last five years is former crew chief and longtime friend Smith, who will miss the Houston race and perhaps a few others while he recovers from back surgery.

"We've talked a couple times and he seems to be recovering well," Coughlin said. "We wish him nothing but the best. We fight hard on the track but we're friends off of it and you never want to see anyone in pain.

"I do want to gain as many points as we can while he's sidelined because he has a great, great racecar and he'll immediately be back in the thick of it when he returns. I say that with as much respect as possible."

Even with Smith sidelined, Coughlin knows it won't be easy in what's become the most competitive pro class in drag racing.

"The changes the NHRA made for the supercharged cars has turned out to be pretty substantial and all of a sudden we have 10-12 super-fast cars that can win at any time added to the mix of the teams that were already running up front," Coughlin said. "Anyone in the field can win any round, any race; that's just the way it is.

"I love it because it makes the reward of winning so much sweeter. You really know you've done something big when you're holding that Wally (trophy) at the end of the day."