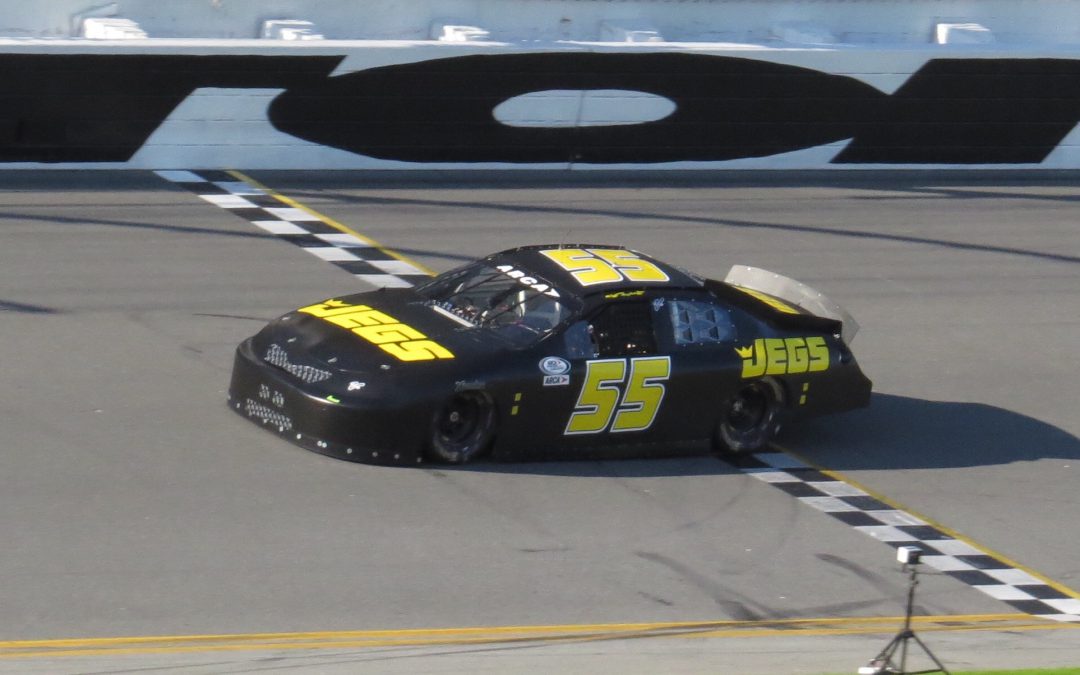 Cody Coughlin made his mark on Daytona International Speedway in Daytona Beach, Florida on Friday.  The Joe Gibbs Racing Development Driver was the fastest in the ARCA Racing Series morning test session on Friday and fourth quick in the afternoon session around the “World Center of Racing.”

“I’m pleased with how the day turned out to be,” Coughlin said. “There were a lot of unknowns coming into the test such as drafting, etc.  Overall, I think it went very smooth.”

The 19 year-old spent most of the day making single car runs around the 2.5-mile tri-oval while driving the number-55 JEGS.com Toyota prepared by Venturini Motorsports.

In the morning session, he topped the charts with a speed of 186.68mph.

“I was happy with how the morning session went for our team,” Coughlin said.  “We made a late run before the end of the session and got the fast lap.”

Late in the afternoon, crew chief Dave Leiner made a decision to let the Delaware, Ohio native do a drafting run to close out the first day of practice.

“That was a unique experience to do some drafting around Daytona,” Coughlin explained.  “I think the best way to describe it is that it was like riding a roller coaster with no tracks on it.”

“We accomplished a lot of things today,” said Billy Venturini, General Manager of Venturini Motorsports.  “Cody did a great job in his first day at Daytona.  I think he got some good experience, especially with the drafting he did at the end of the day. We all look forward to more testing on Saturday.”

In addition to the Venturini team, Coughlin was also led by Kevin Hamlin and spotter Scott Wimmer.  His mom, Di, father, John and General Manager of JEGS, Todd Iden, were on hand to lend support to Cody in his first laps at the biggest track he has been on to date.

Coughlin will be back at Daytona International Speedway with day two of the open test session starting at 9am eastern time.