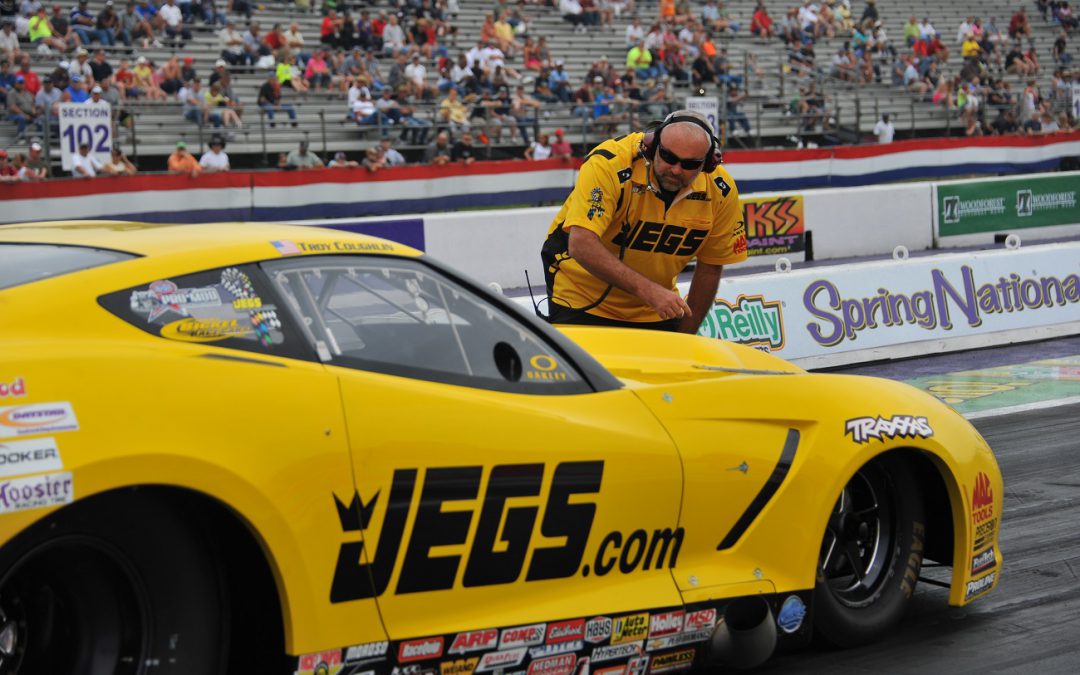 Both men, two-time world champion Troy Sr. and Pro Mod rookie Troy Jr., use Pro Line Racing engines, which are hand built in Ball Ground, Georgia, located 70 miles west of the racetrack. That fact has made both drivers anxious to do well at the third of 10 events on the Pro Mod schedule.

"We really want to show off the awesome horsepower the Pro Line Racing guys give us every race," Troy Sr. said. "Our crew chief, Steve Petty, is very involved with that operation, as is our great friend Eric Dillard, and being here in their backyard we're excited to show the world, once again, why they are the best in the business.

"We're off to the best start we've ever had in Pro Mod so we certainly want to maintain that momentum. Getting both cars back to the semifinals or finals would be the perfect scenario and I think we have the ability to do it this weekend."

With Troy Jr. ranked second in the world with back-to-back semifinal results to start the season and Troy Sr. just one round back in sixth place after posting a semifinal and a quarterfinal finish in his two starts, the timing for another big outing is perfect.

"There's been a lot to take in these first two races," newcomer Troy Jr. said. "You can visualize all you want but until you're actually racing, there's only so much preparation you can do. I definitely feel better in the car, although I also feel like there is so much more to learn.

"The great thing about Pro Line Racing engines is they remove one of variables because they are so strong and consistent. With that horsepower and the way the guys have been setting up both racecars, all I need to do is concentrate on driving down the track as efficiently as possible. I'm hoping for consistent reads on the Christmas Tree, feeling my vision, and putting up some aggressive start times."

The JEGS.com pit will be buzzing with several staff members of Pro Line Racing, as well as their supportive spouses, children and friends.

"We love it," Troy Sr. said. "We've always raced as a family and the more friends and family we have around, the more fun we have. I know the guys want to put their best foot forward this weekend and we'll only benefit from that. We're excited to get started."

The Pro Mod class will hold three qualifying sessions at 3:15 and 6:15 p.m., Friday, as well as noon, Saturday. Eliminations begin with a solo round at 2:45 p.m., Saturday, followed by the final three rounds beginning at 12:45 p.m., Sunday.