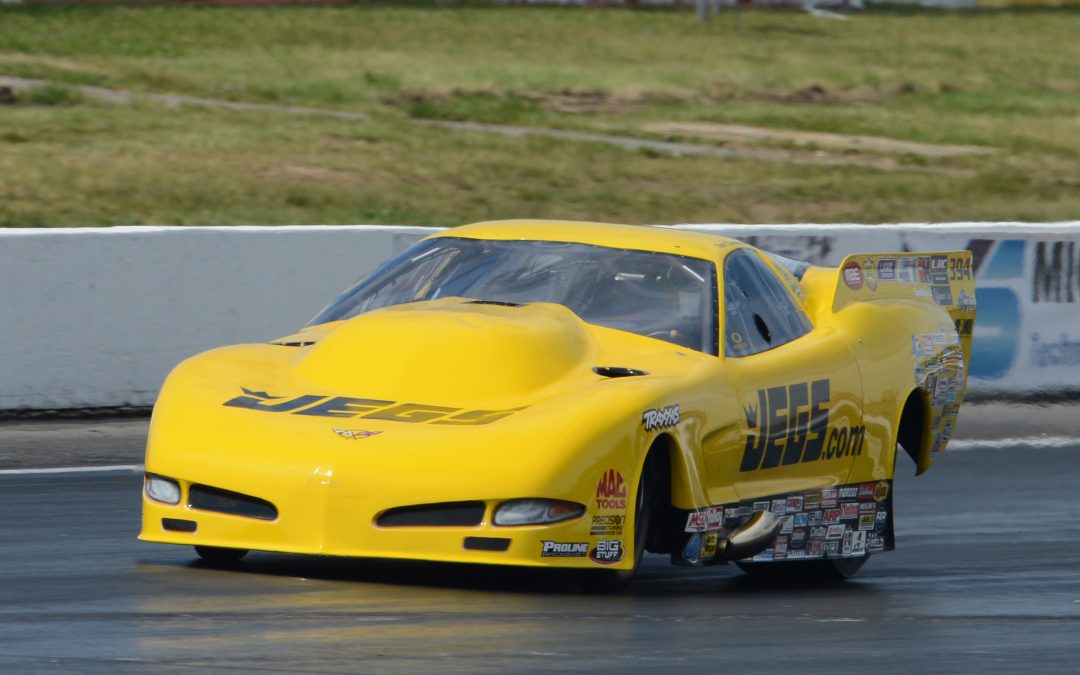 "I'd say that's a good coincidence," Troy Jr. said with a smile.

Both drivers had small issues during their runs but were still able to complete decent passes.

"It's running well," Troy Jr. said. "It's not 100 percent, but it's getting there. The car left and paddled the tires, but it made a clean pass after that. From about 197 feet on, it's a great piece. If we can fix the short times – which Steve Petty and the JEGS.com crew definitely have an idea on how to fix it – we're going to execute tomorrow."

Troy Sr. had to blip the throttle during his run, costing precious time. With a clean pass, he's easily in the top half of the field.

"With the weather cooling down and the track conditions getting better, we figured we'd shoot for a low-5.90 run," Troy Sr. said. "I think it would've done that. It took off and kind of went to the left a little bit, and I was trying to steer it back, and then it just got out of the groove a little too much and started spinning the tires.

"At that point, there's only one thing you should do: Let off gas a little bit. I just rolled off the throttle a little bit and cranked the wheel back to the right and waited for it to come back toward the middle – and then floored it right before the finish line."

The numbers during the early part of the run were good, giving Troy Sr. confidence for improvement Saturday.

"I'm excited," Troy Sr. said. "I wouldn't mind if they ran all four rounds tomorrow. We want to make good qualifying runs and race the race."