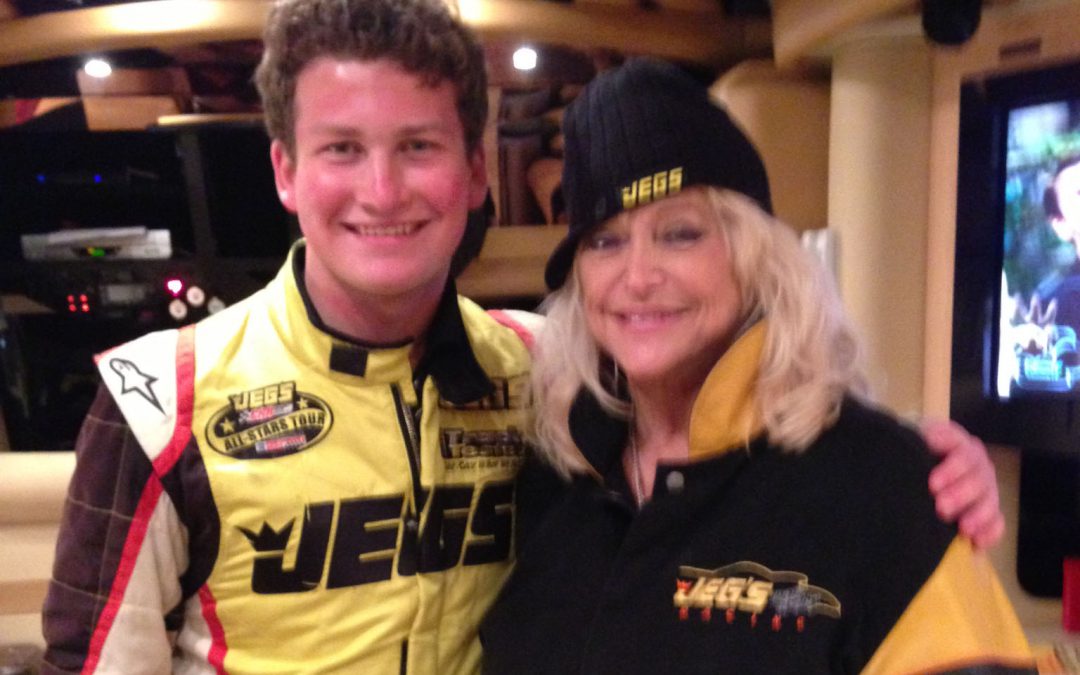 Through the course of six Pro Late Model feature events during the 47th Annual World Series of Asphalt Stock Car Racing at Florida’s New Smyrna Speedway, 17-year-old Cody Coughlin proved that he is a force to be reckoned with throughout the 2013 season.

Coughlin scored his first Late Model win on opening night of the six-night run at the half-mile New Smyrna Speedway and followed it up with three more podium finishes.  That made Coughlin one of the most consistent finishers in the division and the driver with the most momentum heading into the crux of the 2013 racing schedule.

“We had a really solid Speedweeks and I need to thank the team for all of their hard work,” said Coughlin.  “They did a great job all week.  We, as a team, made a lot of progress from the time we first unloaded through our last race down here.  We’ve had some highs and lows, but to come out of New Smyrna with a win and four top-three finishes really says a lot about what we can do all season long.”

Coughlin and Team JEGS entered the 47th Annual World Series with a notebook filled with speed secrets from past strong runs at New Smyrna.  Those past successes led Coughlin to be quick right from the opening green flag on Friday, February 15.  That night, Coughlin scored his first-ever Pro Late Model win and set the stage for a strong six-night run.  Those six races were important to the entire Team JEGS operation to build up momentum for an extensive schedule of Pro and Super Late Model racing throughout the country.

“It was a great effort.  Kevin (Hamlin, team manager), Chad (Wood, crew chief), Freddie (Query, team consultant), Scott (Wimmer, spotter) and all the guys on my team worked hard and I think we built a strong foundation for the year this week.  I am blessed to have them on my side as well as my family and faith.  Even Linda Vaughn stopped by to support the team and it was great to have her.  We’re done racing at New Smyrna for the year, but I’m already looking forward to coming back soon.

“I wanted my win to come a lot earlier than it did, but still it is exciting to get it, especially down here. It feels great and I just want to get some more of them this year. My main goal when we get to the next race, and every race after that; is to take this JEGS.com No. 1 to the front.”

Coughlin finished up the 2013 World Series at New Smyrna with a third-place finish in the Pro Late Model division’s 100-lap feature event.  Coughlin battled with the top three cars throughout the race and was in contention for the win in the final laps.

“I think if we had a few more laps we may have had a shot at the win, but it was still a great day.  The 41 (Brandon Johnson, winner) was great all day and congratulations to him and his team on the win.  It was tough on the bottom lane on restarts, so we couldn’t quite get to where we needed to be, but it was still a strong effort.”

With his Smyrna Speedweeks coming to a close, Coughlin and Team JEGS will now focus on preparing their fleet of cars ready for the 2012 JEGS/CRA All-Stars Tour Presented by Chevrolet Performance season.  Coughlin, the 2011 Howie Lettow Memorial Rookie of the Year on the tour, will compete for the championship in 2013 and will mix in several Super Late Model events as well.

But before he gets back to his Ohio shop to start work on his racecars, Coughlin will stay in Florida to be a part of Daytona 500 weekend at Daytona International Speedway.

“I’m looking forward to watching the Daytona 500 and talking and learning from drivers in the NASCAR Sprint Cup Series garage area,” added Coughlin.  “I was blessed to have my family, from my dad (John), mom (Di) and sister (Kennedi), to all my cousins, aunts, uncles and my grandpa that came out to watch me this week at New Smyrna.  We race as a family and that means a lot.  It will be a lot of fun spending the rest of the Daytona 500 weekend with them.”