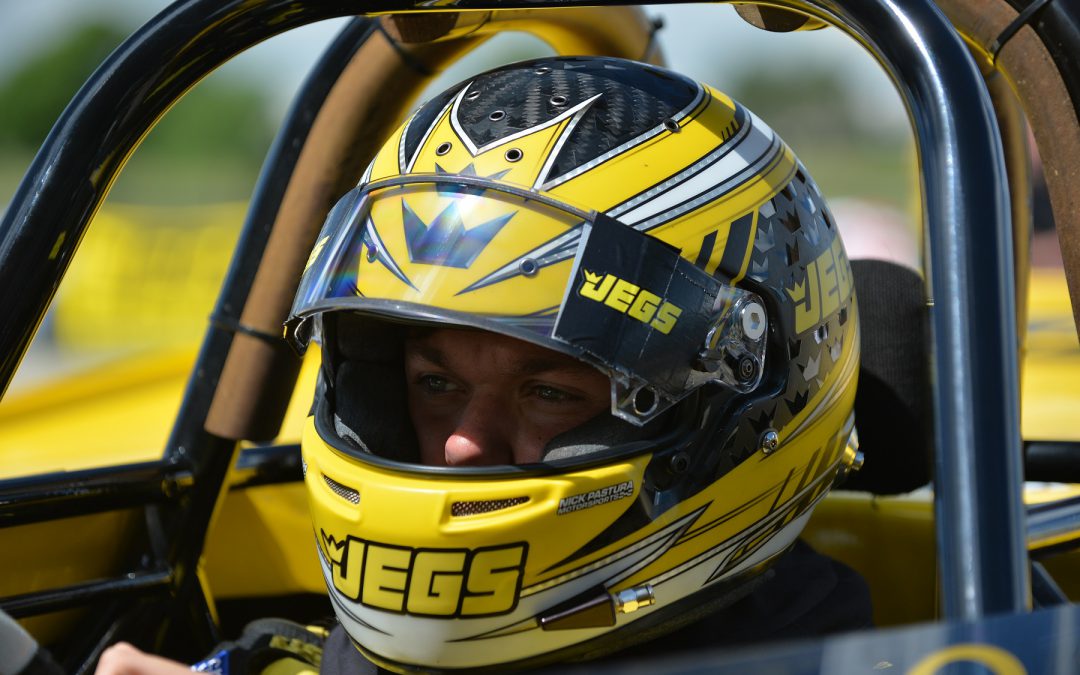 Mike Coughlin, one of four brothers who runs JEGS High Performance, is driving his Top Dragster, while his son, Clay, is racing a Junior Dragster.

"National Trail is our home track," Mike said. "We've had a lot of good success there over the years. My dad had a lot of success, and it's just like home. We're just comfortable there – I know I am. We probably know that race track as well or better than anybody. I think our chances this weekend are really good."

Having so many Coughlin family members racing in one weekend will create a fun atmosphere.

"It's definitely going to be action-packed," Troy Jr. said. "'Never a dull moment' is a statement that we always use at that race, for sure."

"We need a good performance as far as the points stuff goes," Troy Jr. said. "July, August are pivotal. This is a moment where you're in it or you're not, and we want to keep our heads in the game. We'll take it one lap at a time, focus and try to keep a little bit of self-control."

Uncle Mike, though, isn’t worried about points, but instead is hoping his new JEGS.com Top Dragster continues its uptick in performance.

"We've made huge strides with my car in the last couple races," Mike said. "We're still trying to figure out what it likes and what it doesn't like, but we did some of that in Chicago, and it ran better than we expected. It's now starting to run to its potential, and our goal from here on out is to try and keep it consistent. I think the path we're on, we're hoping to get that done."

"It'll be really cool to watch her chase her dreams," Troy Jr. said.

Clay Coughlin and Paige Coughlin will be chasing their dreams, too, in the Junior Dragster program.

"They're going to have the Junior program running on Sunday morning," Mike said. "I'm excited. It's a good race for us, and I really enjoy racing with my nephew and nieces, and of course, my son. Should be a great weekend."