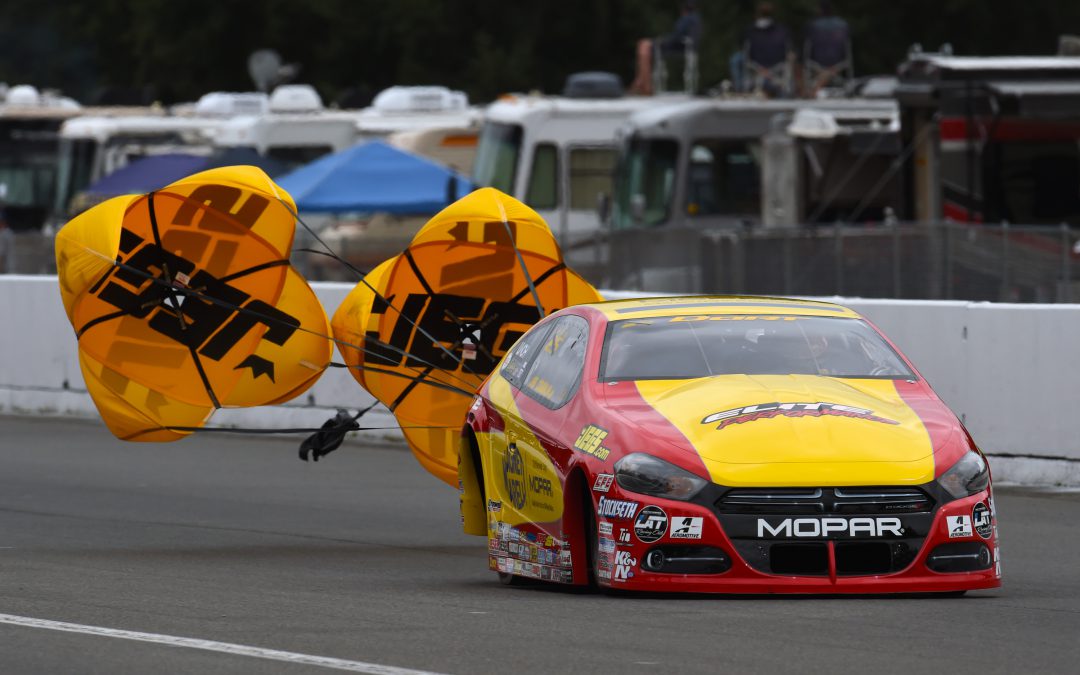 SEATTLE (Aug. 7) – Five-time Pro Stock champion Jeg Coughlin Jr. qualified in the top half of the field and raced to the second round of the 29th annual Protect The Harvest.com Northwest NHRA Nationals presented by Lucas Oil on Sunday at Pacific Raceways.

But he wanted more after engine issues ruined his second-round run against No. 2 qualifier Bo Butner, where Coughlin had a huge starting-line advantage with his Magneti Marelli offered by Mopar/JEGS.com Dodge Dart.

"It felt nice to see the cars performing well, but we’re obviously fighting a bug somewhere," Coughlin said. "The engines are tearing themselves up, which is certainly not what we have in mind. It kinda bit us both there. (Elite Motorsports teammate) Erica (Enders) was looking like she was going to lead wire-to-wire in her round-two victory and lost the engine in third gear.

"Mine was staying in front of Bo and was seizing up as it was running, and it blew up in fourth gear. Not sure quite what’s going on, but I will talk to the guys when they take them apart and they will figure out how to keep the performance we have earned and also to stay together."
Coughlin blitzed No. 10 qualifier Matt Hartford on the Christmas Tree in the first round, getting a huge advantage with a .038-second reaction time (Hartford had a .113 light). Coughlin's pass of 6.604 seconds at 208.71 mph was more than enough to hold off Hartford's 6.589-second pass at 209.30 mph.

"We’ll move on to Brainerd," Coughlin said. "Brained is a great race on the tour, and fortunately we have about 13 days before that starts and we need every minute and every hour in the days between now and then."