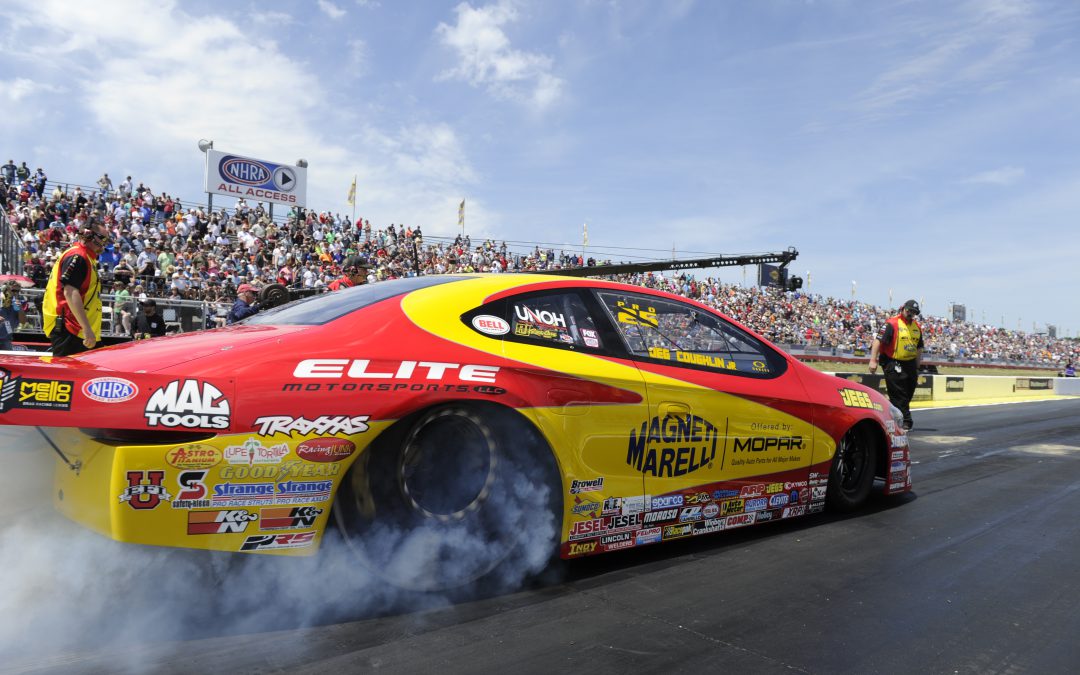 "It really comes down to what Mother Nature deals the Pro Stock cars," Coughlin said. "We typically get very high pressure there barometer-wise. On those cool days the track is tight and the air is crisp and clean. If we get that this time it's likely we see the modern day national record fall for Pro Stock, with the new 10,500 rpm and fuel injection rules coming into play. I’m looking forward to this happening and maybe we can give it a poke."

Prior to the 2016 season, NHRA mandated several rule changes for Pro Stock including the switch from carburetion to electronic fuel injection and limiting engine rpm's to 10,500 maximum.

At the same time the new rules came into effect, Coughlin joined Elite Motorsports as teammate to back-to-back and reigning world champion Erica Enders. Elite also was transitioning to Mopar-backed Dodge Darts, with Coughlin taking over the Magneti Marelli offered by Mopar/JEGS.com machine.

The changes have been challenging for the Elite team, especially earlier in the season, but the team has been getting better each race. Last weekend in Denver, Coughlin scored his sixth top-half qualifying berth of the year, while Enders was a season-best second on the grid.

"The efforts we’ve brought out of the shop at Elite Performance have been great all season, but the last four or five weeks have been exceptional as they’ve been able to focus more on R&D," Coughlin said. "As we speak, we’re working on additional improvements going into Sonoma. I think we've got lots of great momentum coming out of Denver."

Coughlin has won twice in Sonoma, first in 2003 and again in 2010, so he's excited to return to the beautiful facility in California's wine country.

"I've got a lot of favorite tracks and Sonoma is definitely fun for me," he said. "You start with the picturesque backdrop and just the amazing facility that Bruton Smith and company have built there with the road course and, of course, the dragstrip is fantastic as well."