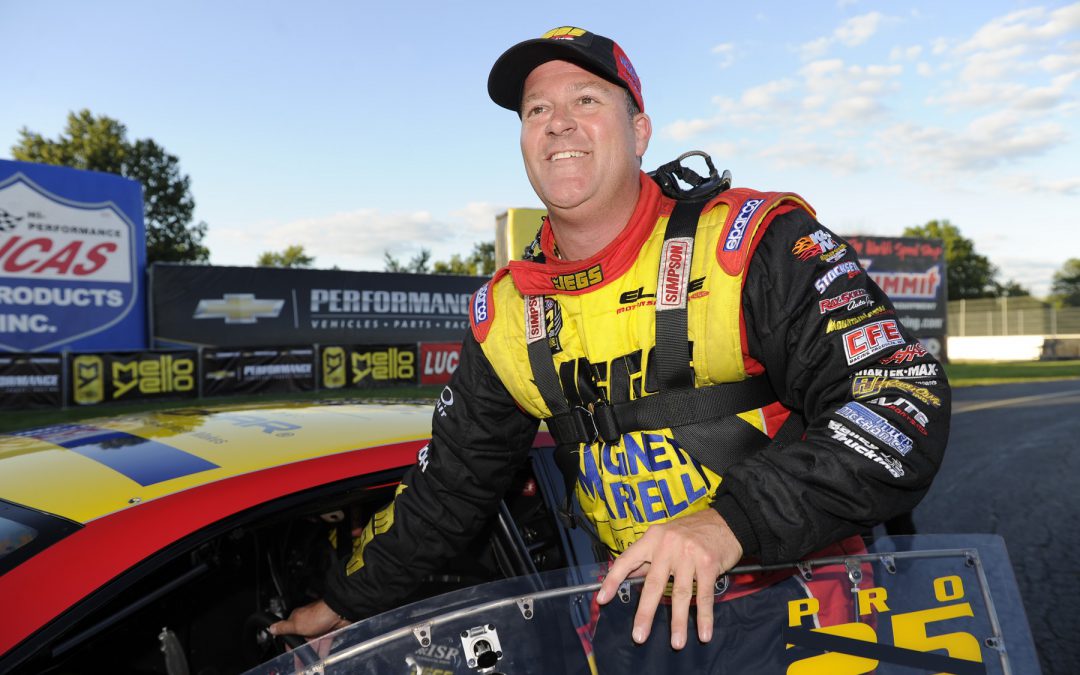 CHARLOTTE (Sept. 13) — Five-time Pro Stock champion Jeg Coughlin Jr. has won championships in almost every way possible. He's earned them before the NHRA instituted the Countdown to the Championship playoff system. He's entered the playoffs as the lead dog and had to fight off all challengers. He's also come from behind and snatched glory from his rivals.

Heading into this weekend's ninth annual NHRA Carolina Nationals, Coughlin finds his Magneti Marelli offered by Mopar/JEGS.com Dodge Dart team in yet another unique position. He joined Elite Motorsports last off season as the team was coming off back-to-back titles with driver Erica Enders. Everything was changing, with the team switching manufacturers to Mopar and the NHRA instituting sweeping changes in the class, including fuel injection and rpm limitations.

"We knew there'd be struggles with a new manufacturer and all the rule changes but I think we felt we would hone in on how to run these cars and we just haven't done that to date, at least not with any consistency," said Coughlin, who enters the playoffs as the 10th and final qualified driver.

"It hasn't been so bad. We've avoided any catastrophic instances, which is good, and the effort has always been there. I've seen teams go through season's like this in the past and people jump ship and go where things are better but that hasn't happened here. We all share our accomplishments and frustrations together."

The Countdown represents a new beginning for all competitors as points are reset with each driver separated by just 10 points from 1-10 with the top qualifier getting a 20-point bonus.

"We are fired up to have a fresh start," Coughlin said. "We have another chance and that's put a pep in everyone's step. This team's worked so hard and we've really made some good headway lately so there is reason to be optimistic.

"We're very proud to have all three team cars in the Countdown, especially these two Dodge Darts that Erica and I drive because this has been a new venture for all of us this year. One of the guys mentioned that our nine lives are probably already used up so we need six mistake-free weekends, starting right now in Charlotte."

Coughlin will have plenty of support at this event as his brothers Troy and Mike are also competing in Pro Mod and Top Dragster, respectively, and his wife Samantha is running in Super Comp.

"It's great to have Samantha racing again this weekend," Coughlin said. "She hadn't raced since our baby Carly was born until two weeks ago in Indy and she did great there. We wanted to keep that going so she's here trying for that trophy also. I'm very proud of her.

"It's always fun to race with my brothers. Troy's fighting hard to defend his Pro Mod championship and Mike is running Top Dragster. We're going to have a good time."