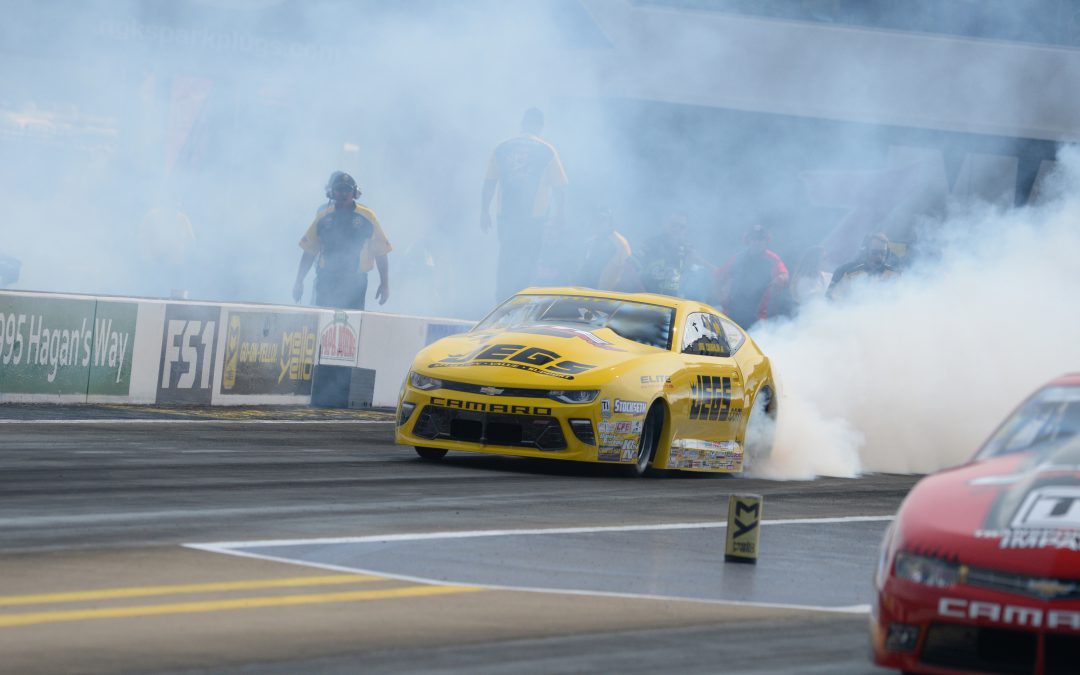 COMMERCE, Ga. (May 3) — No one in Pro Stock has had a quicker racecar than Jeg Coughlin Jr.'s JEGS.com/Elite Performance Chevrolet Camaro at the last two NHRA drag races, which has the 58-time national winner excited about his prospects heading into this weekend's 37th annual Lucas Oil NHRA Southern Nationals at Atlanta Dragway.

"Credit this Elite Motorsports group," Coughlin said. "These guys have been working so hard, so many late nights, so many off days, to get my car and Erica (Enders') car back to the top of the class like they were in 2014 and 2015 when she won back-to-back championships.

"They pretty much dominated the sport those two years and we switched brands last year and it didn't work out like we had hoped so they switched everything back. It's so satisfying to see the cars respond and to feel the energy in the pit. It's really cool."

Not only has Coughlin been top qualifier for the last two races, but last weekend in Charlotte, Enders qualified No. 2, putting Elite Performance-powered racecars 1-2 on the grid for the first time this year.

"It's been very encouraging to say the least," Coughlin said. "But I know we'd trade these No. 1 qualifiers for race wins any day. That's the next thing on the to-do list, to be honest, and I don't care if it's me, Erica or (teammate) Vincent Nobile that gets it done. We want all of our cars to do well.

"The Pro Stock class is so close right now. We've had six different winners in the first six races! How's that for parity? Now we need to add a seventh different winner this weekend in Atlanta."

"It's always just an unbelievable event," Coughlin said. "We were honored to be the first champion when Coca-Cola first came on board and we've managed to do it again a few more times. It's a great night and really pumps you up for the weekend.

"We will be ready for Commerce. We have a mean hot rod and I can tell you the driver has never been more motivated."

Coughlin will be joined at the races by his wife Samantha, a national event winner in her own right, who will be driving the couple's JEGS.com Super Gas Corvette roadster. Also participating in the race is Coughlin's brother Troy, who races in Pro Mod, and his nephew Troy Jr., who drives the SealMaster Top Fuel dragster for Kalitta Motorsports.