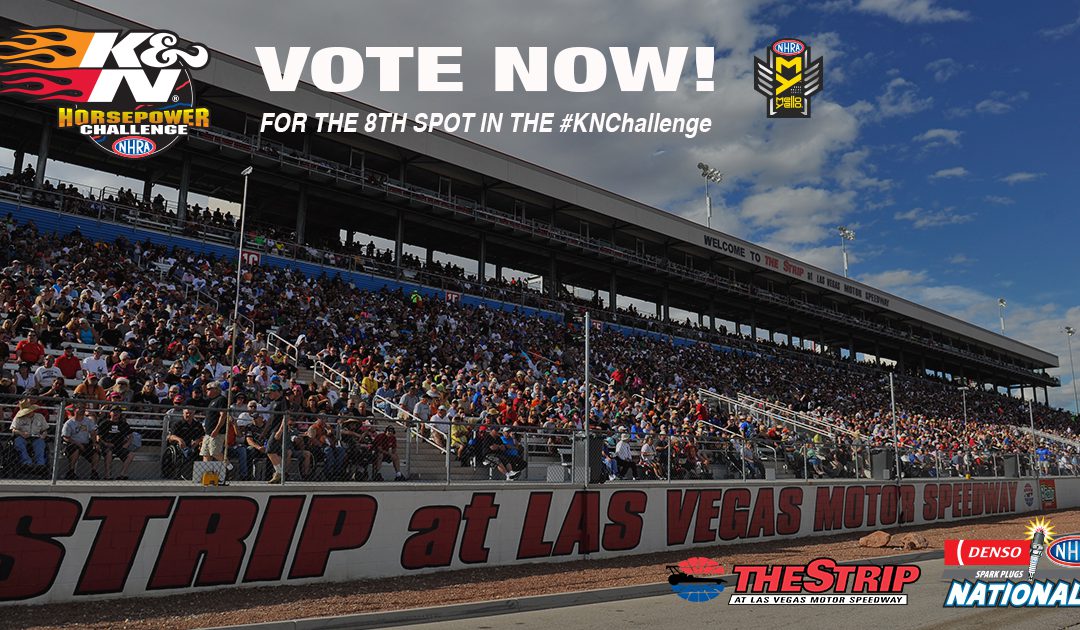 DELAWARE, Ohio (Feb. 28) — Voting for the eighth and final spot in this year's K&N Horsepower Challenge is underway and five-time Pro Stock champion Jeg Coughlin Jr. is needing the fans to honor him with their ballots.

"It would be a great privilege to represent the fans at this year's race and I truly feel we could do their vote justice with this new JEGS.com Chevrolet Camaro," Coughlin said. "The transition we made at Elite Motorsports back to GM power has opened the doors to extremely fast and competitive racecars and we're showing great momentum after just two races in the 2017 NHRA Mello Yello Drag Racing season.

"I'm very confident in saying if we had been in this Elite Performance-powered Camaro all of last year, we wouldn't be in this position. But that's not the case and we ask our wonderful supporters to 'Vote4Jeg' and give us a chance."

The K&N Horsepower Challenge showcases the top seven Pro Stock drivers who have accumulated the most qualifying points at each of the past 24 races on the schedule. To round out the eight-car field, fans get to vote in a wild-card driver.

"It's a huge deal to be a part of this very prestigious race," said Coughlin, a 13-time K&N Horsepower Challenge participant who won the race outright in 1999, 2000 and 2009. "This is the elite of the elite, the top eight drivers in arguably the hardest category in our sport.

"I hold the K&N Horsepower Challenge trophies we've earned in the past right up there with the biggest victories we've had the good fortune to enjoy. Plus, the money K&N puts up makes for a very lucrative payday. It's a great deal all the way around. I just hope I get a chance at this year's prize."

The winner of the Challenge earns $50,000 with the runner- up cashing in $10,000. Semifinalists take home $3,000 each, and first-round finishers earn $2,500 each. Should the K&N Horsepower Challenge winner also capture the Denso Spark Plugs NHRA Nationals crown the same weekend, they get a $25,000 "double-up" bonus from NHRA. This year's race will be held March 31-April 2 at The Strip at Las Vegas Motor Speedway.