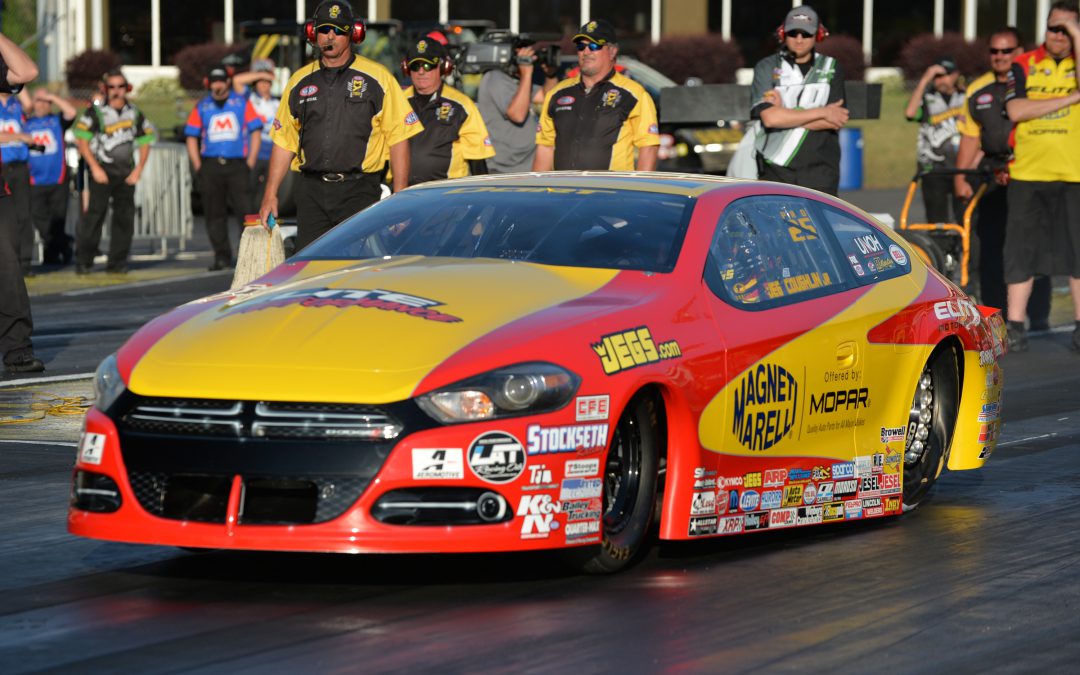 ATLANTA (May 14) — Five-time Pro Stock champion Jeg Coughlin Jr. locked up the No. 8 qualifying position at this weekend's 36th annual NHRA Southern Nationals with a solid Friday night pass of 6.686 seconds at 206.86 mph at Atlanta Dragway. It's the fourth time in seven races that Coughlin qualified eighth or better in the eliminations field.

"The team tested again in Oklahoma before heading this way as we continue to try and clean up some of the things that have been nagging on us, and I think we've seen a little tick of improvement here," Coughlin said. "We missed a chance in Q1 when a ground wire shook loose on the burnout and we couldn't make a pass, but we came right back in the evening session and posted that 6.686, which ended up being our best run.

"Looking at the data we felt we could massage at least three- or four-hundreds out of the tune-up, but we came out here today to just a completely different racetrack with increased temperatures that just negated any chance of improving on that 6.68. In hindsight, we'd love to have the Q1 run back because for sure Q2 would've been better but that didn't happen."

"Today turned out to be what we expect tomorrow will look like, so you can look at this as two chances to make race day-type runs," Coughlin said. "The Mopar felt pretty good both times with consistent times, and the second run today was even a bit of a handful that probably could have been even quicker, so we like our chances at turning on win lights tomorrow."

Normally, a No. 8 qualifying effort would afford Coughlin the luxury of lane choice in Round 1, providing NHRA was using the traditional 16-car ladder. This weekend, however, only 14 Pro Stock cars qualified for the race, so Coughlin is now slated to run Elite Motorsports teammate Drew Skillman, who qualified seventh with a 6.666 at 207.37 mph.

"I'm not sure lane choice is as big an issue at this track," Coughlin said. "We did well in both lanes today, so we'll just line 'em up and do our best in whatever lane we end up in tomorrow morning. Skillman is a skillful driver, so we'll have a test right from the start."