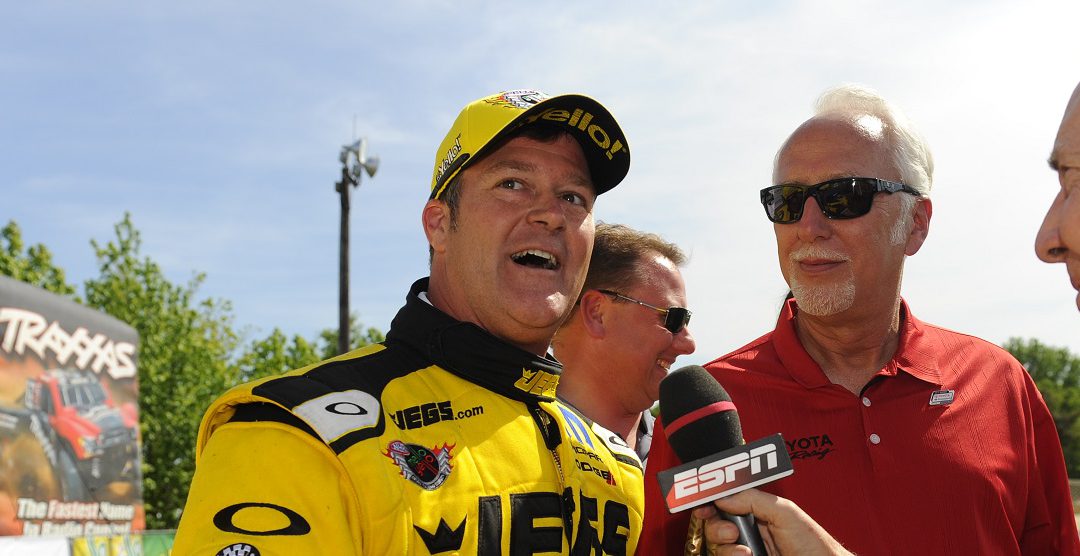 SONOMA, Calif. (July 28) — When five-time Pro Stock champ Jeg Coughlin Jr. dons his helmet this Friday and attempts to qualify for the 28th annual NHRA Sonoma Nationals, it will be the 355th time in his illustrious career that he's gone through the procedure. But you'll have to excuse the 58-time national event winner if he's as giddy as newly-minted rookie, because that's exactly how he feels as he prepares for the first of three fill-in races with Elite Motorsports, Stockseth Racing and Ray Skillman Chevrolet.

"This is extremely exciting time for me," Coughlin said. "I love Pro Stock racing and to be returning to the class, albeit for just a this three-race stint, has me very pumped up. It's a thrill to know I'll have the horsepower, the people and the racecar that runs right at the top of the charts."

Coughlin and Elite Motorsports team owner Richard Freeman are long-time friends who often talk about racing together. When the opportunity for Coughlin to jump in the group's back-up Chevrolet Camaro recently arose, the two decided to move forward with their long-simmering plans.

"I raced Richard's Comp Eliminator ride for him back in 2006 at Indy and we've always talked about racing together again. We had a good time then and we'll have a lot of fun this time, I'm sure. Hopefully, I can pick up right where I left off last year as far as my driving goes. When you have all the other pieces in place, it comes down to the ability of the driver so I'll need to be ready to race."

Although he hasn't competed in Pro Stock this year, Coughlin still will be considered a threat to go rounds at Sonoma Raceway and potentially reach his 100th career final round. He's won at the facility two times in the past (2003 and 2010), and he's using the same Elite Performance horsepower as reigning world champion Erica Enders, a four-time winner this season.

"You've got Nick Ferri and Jake Hairston over there, two of the top engine guys in motorsports," Coughlin said. "You've got two guys I really respect in Rick and Rickie Jones, as well as my longtime friend Mark Ingersoll, making the tuning calls. The crew guys have shown they don't make any mistakes. It's just an impressive group.

"I'm really honored to be racing alongside Erica. She's a great champion and a wonderful driver who already has a bunch of victories this year so she's on top of her game. I'm thankful to share the pit with her. I've truly joined an all-star cast, and my passion for driving again is peaking right now."

Pro Stock qualifying sessions are scheduled for 4:15 and 6:45 p.m., Friday, and 1:10 and 4:15 p.m., Saturday. Eliminations begin at noon Sunday. ESPN2 will carry both qualifying and elimination action.