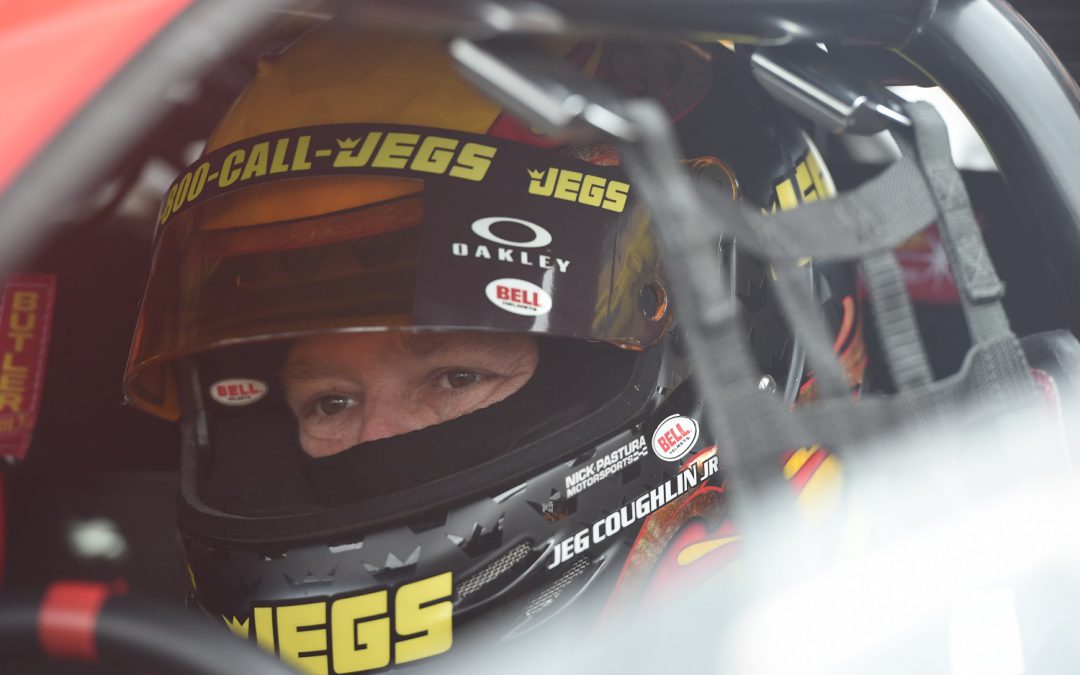 Final eliminations on Sunday at the picturesque track come on Father’s Day, a meaningful time for Coughlin to reflect on the effect his father, Jeg Coughlin Sr., has had on his spectacular Pro Stock career, which has included five world championships.

Adding a win to his current career total of 58 would also mark a special moment for Coughlin, who will include a special #AllAboutDad hashtag on his Magneti Marelli/Elite/JEGS.com Dodge Dart GT during this weekend’s race at Thunder Valley.

"He's been amazing to our family and to me,” Coughlin said of his father. “His guidance has always been extremely warm and open-ended. He's always given me an opportunity to talk about anything, to debate anything. We learned at a young age we were fortunate to have a leader in the family who was always on our side. He's meant a lot to me, on and off the race track.

"On the race track, he served as my crew chief for probably over a decade, and we won several world championships together. Hearing his voice on the radio always gave me that extra bit of confidence. Knowing he was behind me, I knew I had 110 percent of the best."

Richie Crampton (Top Fuel), Matt Hagan (Funny Car) and Erica Enders (Pro Stock) are the defending winners of the event that will for the first time be telecast on FOX Sports 1. It marks the 11th of 24 races during the 2016 NHRA Mello Yello Drag Racing Series season and would be a memorable time for Coughlin to pick up his first win of the year in the new Pro Stock class.

It’s been a well-documented struggle for the Elite Motorsports team of Coughlin, back-to-back and defending world champion Erica Enders, and Vincent Nobile, but the group remains steadfast in pushing forward. They’ve watched Ken Black Racing teammates Greg Anderson and Jason Line split the first 10 races in dominant fashion, but Coughlin said his team will only continue to work harder until things get turned around.

“Certainly we want to perform better across the board,” said Coughlin, who is currently eighth in points after a second-round loss in Englishtown last weekend. “All three of our cars should be up there where Vincent (Nobile) is but these things take time. If there's one thing I've learned over the years it's that it takes time to get a program clicking perfectly. We've been fortunate enough to win five world championships in the past, and of course Elite (Motorsports) won the last two titles with Erica Enders, so we have the know-how in this pit.”

Nobile took a major step in Englishtown by qualifying fourth and earning his first semifinal appearance of the season, showing Coughlin the results could be right around the corner. But he only knows one way to operate when things get difficult.

"The best thing to do is keep your head down and stay after it,” Coughlin said. “This team is very professional and we'll get it figured out together. That will make the rewards of the future so much more enjoyable. We've got a big week ahead of us before Bristol that we plan on doing a lot of in-house testing, which we've had the good fortune of it carrying over to the track. Stay tuned, and we look forward to Bristol."

Coughlin, who won in Thunder Valley in 2007, has always enjoyed racing in Bristol, despite the challenges it can sometimes pose for Pro Stock racers. There are new challenges this year, including fuel-injected engines, shorter wheelie bars, flat hoods and a 10,500 RPM rev-limiter, but Coughlin is hopeful this weekend marks the start of the turnaround for him and the rest of the Elite team.

Standing in the way is a multitude of challengers, including points leader Line and Anderson, who has put together back-to-back wins on this stretch of four straight races. Others to watch include Bo Butner, who is third in points, 2014 top rookie Drew Skillman, 2012 world champ Allen Johnson and Chris McGaha.

"The fans are fantastic and it's another Bruton Smith facility, which we all enjoy,” Coughlin said. “It's picturesque. It's something Norman Rockwell could do a painting of, looking down from the sky between the mountains with the NASCAR track and the famous Bristol Dragway. It fires us up just arriving in the city. We're still looking at some positive results on our testing, and we look forward to hitting the track.

"The Pro Stock cars sometimes have a little struggle getting down because it's got a washboard effect to it, but that's what is great about having the crew chiefs we have, to be able to navigate down through that."

As always, fans will have the opportunity to interact with their favorite drivers as they’re granted an exclusive pit pass to the most powerful and sensory-filled motorsports attraction on the planet. This unique opportunity in motorsports gives fans direct access to the teams, allowing them to see firsthand how the highly-skilled mechanics service their hot rods between rounds, and get autographs from their favorite NHRA drivers.

Mello Yello Drag Racing Series qualifying will feature two rounds at 5 and 7:30 p.m. on Friday, June 17 and the final two rounds of qualifying on Saturday, June 18, at 1:30 and 4 p.m. Final eliminations are scheduled for noon on Sunday, June 19.