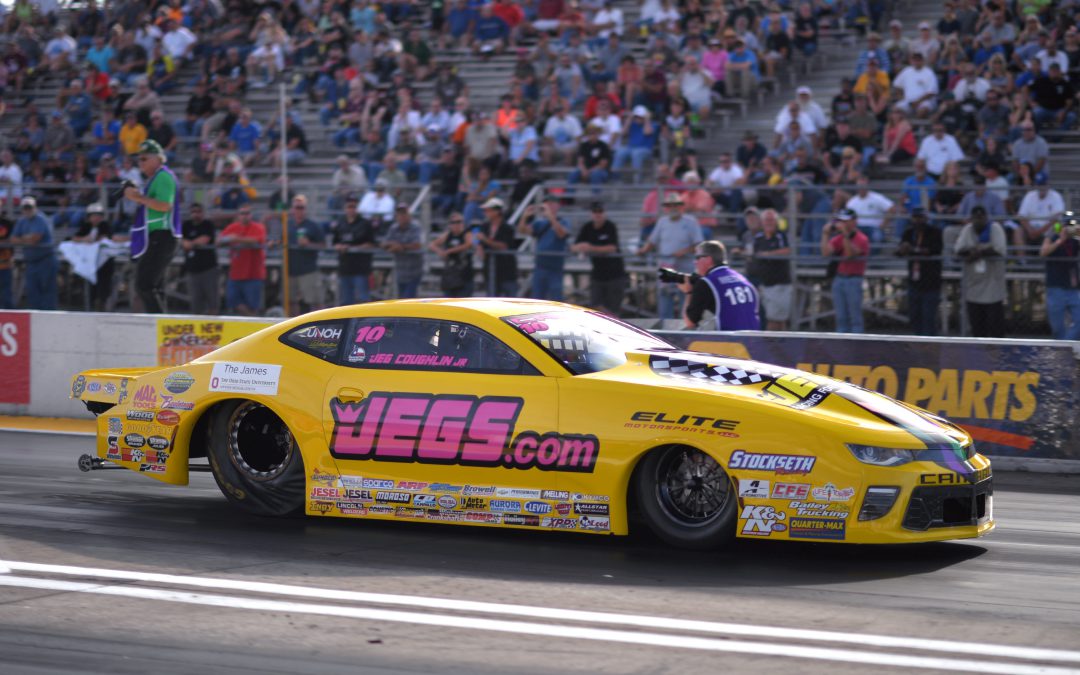 Coughlin qualified his JEGS.com/Elite Performance Chevrolet Camaro in the No. 12 position after a best pass of 6.579 at 209.98 mph during four rounds of time trials.

"We'll be more aggressive tomorrow, I promise you," Coughlin said. "The first three sessions we had trouble and I didn't make it down the track. We had a final chance in Q4 so we changed the car up quite a bit set-up wise and made a respectable pass, a 6.57 that moved us up in the pack a little bit.

"We were not aggressive at all in Q4 because we needed to get the car down the racetrack, but now that mission is accomplished so we can reset and start planning for a better race day."

"I feel great behind the wheel," Coughlin said. "We've had our hands full here in St. Louis so far but game day is always the fun day. Anything can happen and we've seen lots of upsets and crazy results throughout the year with so many different winners."

As the No. 12 qualifier, Coughlin will start race day opposite Chris McGaha, who qualified fifth with a 6.523 at 211.16 mph. Coughlin is 3-1 against McGaha this season.

"We've got a tough competitor in Chris McGaha for first round," Coughlin said. "He's run really well here lately at the races he's attended but I think we can run with him or even out-run him if we polish up a few things. The first round will be a small step and as the day goes on we will hack away at it.

"The Elite group is very competitive and there certainly is no quit in this pit. We'll give it hell tomorrow and see what happens. There's nothing to lose so we'll throw everything we have at the track and try to cause a little havoc."

Pro Stock eliminations begin at noon, Sunday, and will air live from 1-4 p.m., Sunday, on FOX Sports 1. (All times are local and subject to change.)