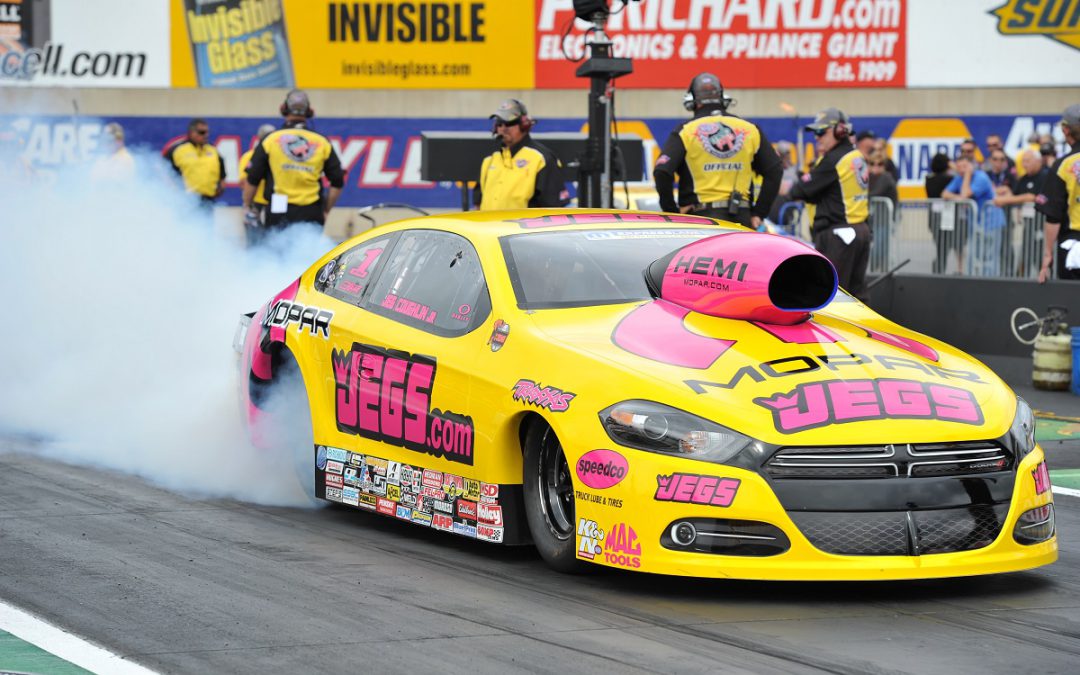 "I'm always happy to see Las Vegas pop up on the schedule," Coughlin said. "It's a fun city to visit, we have a spectacular racetrack Bruton (Smith) has built for us, and we've had a ton of success on the drag strip. What's not to love?

"I know most people have their fun a little further south on The Strip but we get all the thrills we need out at the track."

Coughlin has raced to five victories at The Strip at Las Vegas Motor Speedway in seven final-round appearances. He won three years in a row from 2000-2002 and later added back-to-back victories in 2008-2009. He also came in second at both races in 2007.

"I can't explain why some tracks are better than others," said Coughlin, who has won national events at every stop on tour except Norwalk (Ohio) and Epping, N.H.). "If I knew that magic formula I'd bring it with us everywhere we go. There's certainly something to be said for feeling comfortable and I've always had a good vibe in Vegas.

"These last two racetracks, Vegas and Pomona (Calif.), are two of my favorite and they're also two of the places where we've had a lot of success. I guess those two things go hand-in-hand."

This time through, Coughlin has two main goals — add to his own personal trophy collection and try to help teammate Allen Johnson, who is still locked in a battle for the 2014 championship.

"We'll do all we can to assist Allen," Coughlin said. "It would be great to see him win a third straight championship for Mopar. If the ladders don't set up where we can help him out then we'll still try to finish our own season as strong as possible. I know we have everything we need to win these last two races.

"This is the time of the year when the titles are decided. We have a close race as always in Pro Stock with half a dozen drivers still fighting for it and the nitro and Pro Stock Bike classes are all stacked up as well. It'll be an exciting weekend in Vegas and we'll go on to Pomona and crown some champs."

Pro Stock qualifying sessions are scheduled for 1 and 4 p.m., on both Friday and Saturday. Eliminations begin at noon, Sunday. ESPN2 will carry qualifying and elimination action.