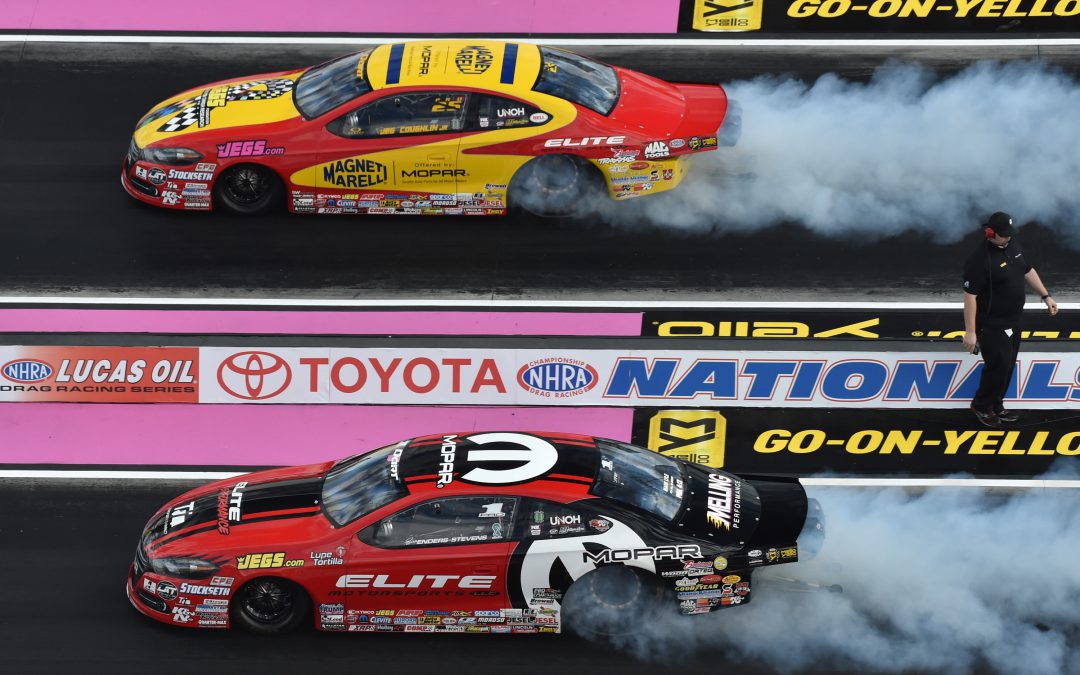 Coughlin and his Magneti Marelli offered by Mopar/JEGS.com Dodge Dart race crew didn't set the world on fire qualifying, posting a best of 6.737 at 203.71 mph, which placed them 14th in the 16-car field. But as close as Pro Stock has been this year, to put things into local terminology, Coughlin knows that all you need is "a chip and a chair" to get a chance at the trophy.

"We made four consistent runs in qualifying, which is a big part of the battle," Coughlin said. "We missed it a little bit last night and again this morning. We probably could have cleaned both of those runs up a little bit better and had some slightly quicker runs.

"We did make our best run of the weekend there in the last session so there's some optimism. Hey, we are what we are this year. We’ll work hard to fight for a win light in round one and take it from there. I’m ready for game day."

As the 14th qualifier, Coughlin will race Texan Alex Laughlin in the opening round. Laughlin had a good run of 6.683 at 206.16 mph to lock up the third spot. Laughlin will be starting just his 30th national event Sunday. He has one career win. By contrast, Coughlin is competing in his 380th Pro Stock race and has 58 victories in the category.

"Alex and that group have done really well this year and he'll give us a race for sure," Coughlin said. "They have good horsepower and he's been driving well. We'll need to be perfect, including what I can do in the driver's seat."