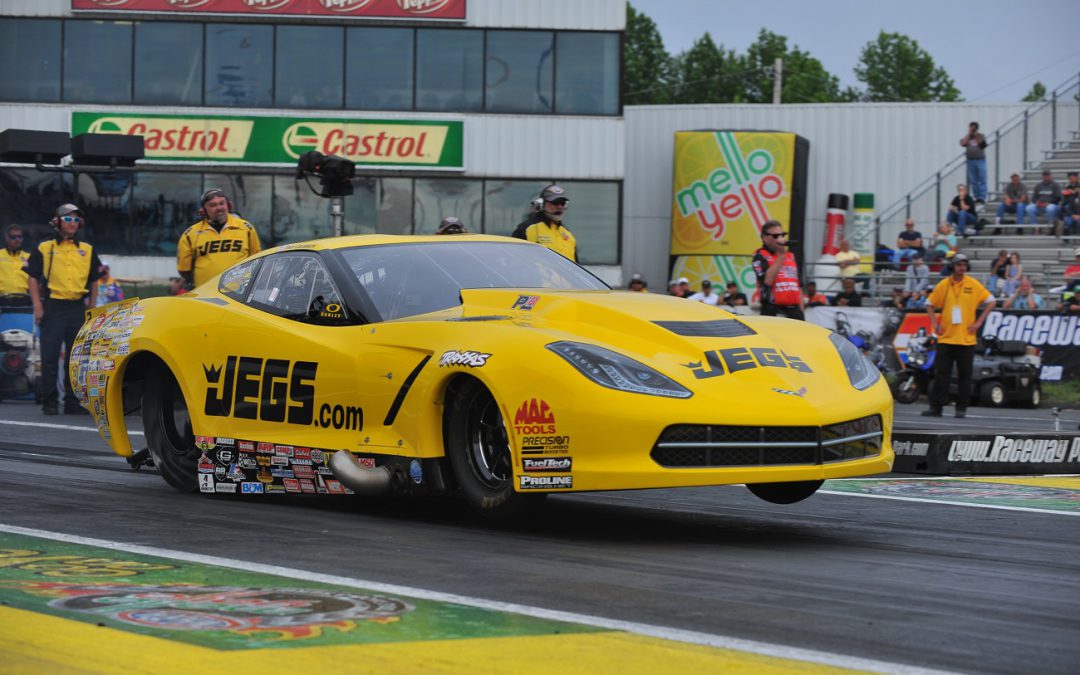 Fast-forward to this weekend's NHRA J&A Service Pro Mod Drag Racing Series event, which will take place as part of the 15th annual NHRA Thunder Valley Nationals, and Coughlin and his father Troy Sr. return as teammates and favorites to return to the winner's circle with their pair of powerful JEGS.com turbocharged Corvettes.

"The best thing that ever happened to me in drag racing was when my dad won the Winston 'No Bull' Showdown on my 10th birthday," Troy Jr. said. "Only the top guys in Pro Stock got to race in that deal and Dad beat everyone that day to win his first race as a pro. I was so proud of him. He's always been my No. 1 racing idol and when his win light came on in the final against Mark Pawuk, I was never so excited in my life. I remember it so well."

Both father and son would like to recreate that moment this Father's Day weekend and neither one really cares who is the last man standing, so long as his surname is Coughlin. Currently, Troy and Troy Jr. are ranked third and sixth, respectively, in the Pro Mod standings, Troy is 83 points behind leader Don Walsh and Troy Jr. 130 points off the pace.

"Our whole family has had great success in Bristol," Troy said. "I had my 'No Bull' win there in 2000 and we've won a bunch of elimination rounds there over the years. My brothers have won there and we've even had some great times at the Eastern Conference Jr. Dragster championships.

"I wouldn't be surprised at all to see T.J. or myself do well again this weekend. Both of our cars are running really strong and the guys have them ready to go. I think we chased away the last of the gremlins at the last race in Englishtown (N.J.) and the results showed on the track. All we need is a little race day luck and we could be right back there in the winner's circle."

In addition to having their Pro Mod cars prepped from front to back, Troy Jr. polished up his skills with an outing last weekend at a high-dollar bracket race in Kentucky.

"I got some great seat time last weekend in Clay City," Troy Jr. said. "I made it to the semifinal in the Ultimate 64 Shootout, which paid $50K to the winner, and I was runner-up in Friday night's $8K-to-win race. All in all I left there with $12K in winnings, so I was really happy.

"The one thing I'm lacking in Pro Mod is seat time under real race conditions, so any time I can add in some real racing to my preparations, it's really important for me to do that. Bracket races like that where all the top guys and girls in the country come out make you better. It's pretty cutthroat, just like Pro Mod. There are no easy rounds.

"It's Father's Day weekend and what better way to repay my dad for all he's done for me than to win him a Wally."