For five-time world champion Coughlin, it all started in Houston 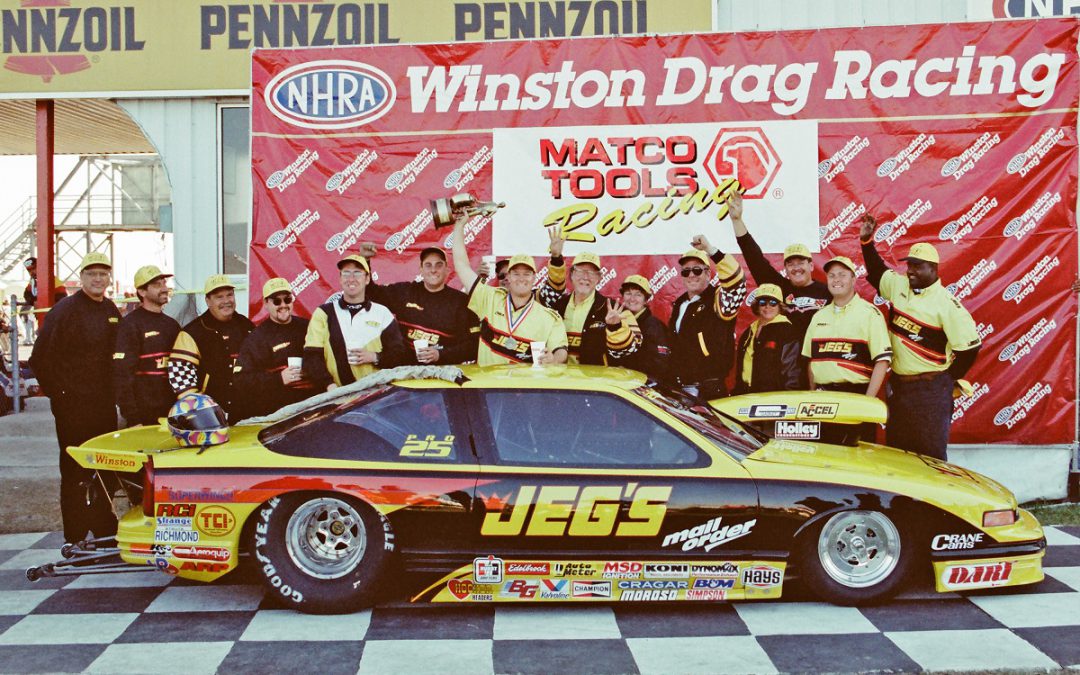 His five Pro Stock championships and 56 professional national event victories put Coughlin in any discussion about NHRA's best drivers, and he's a long way from being done with his time behind the wheel. And it all started in Houston just a little more than 16 years ago.

In 1997, Coughlin had established himself as one of the top Sportsman drivers in NHRA, winning in three different classes that season. He announced he would get his feet wet and turn pro for the final three races of the year to maintain his rookie status for the following season, making his debut in Dallas.

The son of high-performance-parts magnate Jeg Sr., Coughlin won his first professional round in Dallas, but Houston was another story. He beat Mike Thomas in the first round, Steve Schmidt in round two, and Mike Bell in the semifinals to reach the final round.

Then, in a stunning victory, he ran down Mark Osborne to win a Wally in just his second pro start.

"That was truly a dream weekend," Coughlin said. "We had done well in the various Sportsman cars we'd been running that year, but I wasn't entirely sure what to expect once we ran up against the big boys in Pro Stock. We qualified something like 14th, as I remember, but luck was on our side on race day and we managed to turn on four win lights. I'll never forget that day, as it was a special one for me, my family, and everyone at JEGS."

"To be mentioned with guys like that, real legends in the Sportsman world, was truly an honor," Coughlin said. "I was 27 years old and just beginning my pro career, so to cap off those wins in four different classes in Houston was something special."

Coughlin had won Super Gas in Englishtown, N.J.; Super Stock in St. Louis and Brainerd, Minn.; and Comp in Atlanta. The Comp victory, stunningly, came in his first national event start in that class.

The 1992 world champion in Super Gas later added wins in two other categories and is still only one of three drivers to have accomplished the feat of winning in six classes. In Charlotte earlier this month, Scotty Richardson joined Coughlin and Peter Biondo as the only three drivers to win national events in six different competition classes in NHRA history.

"To say I like racing in Houston would be an understatement," Coughlin said. "Seth Angel and the whole Angel family have a great facility, and they do a great job for the fans and the competitors. They are a drag racing family like we are.

"I'd like going there even without the history we have there, but when you factor in our good fortune we've had there, I definitely roll through the gates with a smile on my face."

His success in Houston is only a small part of Coughlin's sparkling résumé. The 56 wins place him fourth on the all-time Pro Stock list, behind only Warren Johnson, Bob Glidden, and Greg Anderson. Add in his 16 career Sportsman wins, and Coughlin is 10th on NHRA's all-time wins list.