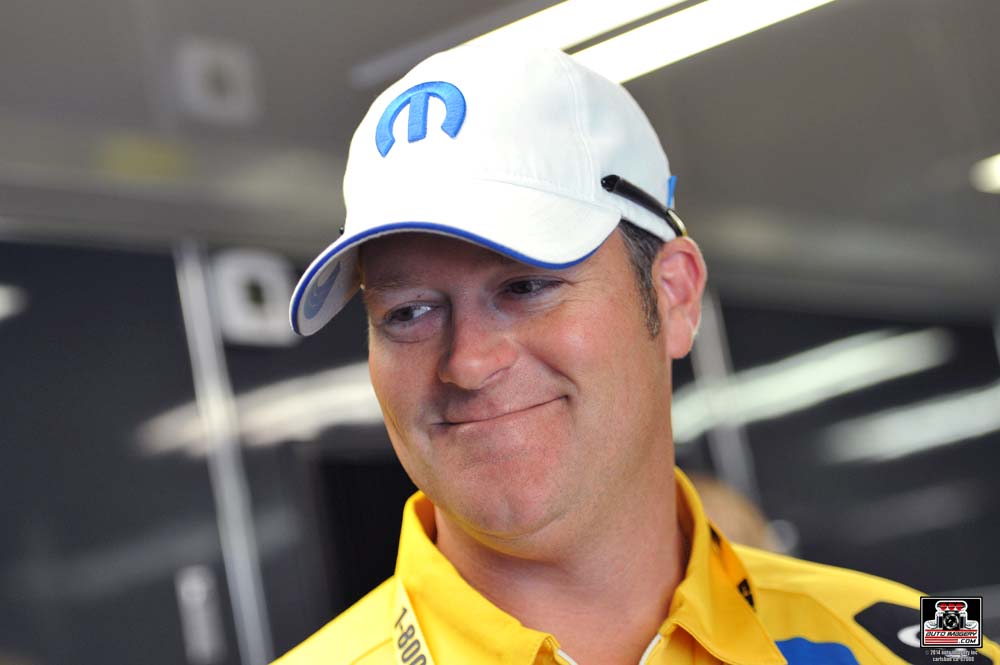 CHICAGO (June 29) — Five-time and defending Pro Stock champion Jeg Coughlin Jr. has built a reputation as one of the top drivers in NHRA's pro ranks, but even the best can be beaten, and on Sunday at Route 66 Raceway Coughlin jumped the green start light by .001-second to give away his quarterfinal race against Vincent Nobile.

It's the fourth time Coughlin has fouled out of a race this year, which is remarkable because he has always been one of the top leavers in the sport. But just as it has been the multitude of times when he has won races with a great start, Coughlin was unfazed by this red-light foul.

"The racing out here is at such a high level that you have to push everything to the edge," Coughlin said. "We've come up just a few thousandths of a second short a few times this year, but we have a bunch of times where we've been on the right end of that same situation, so I tend to not let it bother me.

"There are things we can do with the clutch and the rpm we leave the starting line at that can back it off a little bit and that's something we'll look into, but I'm not going to worry too much about being aggressive. I've raced for so long I'm almost like a robot up there, so you don't really want to spend much time on it. We'll be fine."

Coughlin, who has enjoyed an incredible run in the last two months highlighted by a pair of wins, opened the day with a convincing victory over Larry Morgan, using a .012-second reaction time to run away with a 6.606 at 209.72 mph against Morgan's 6.680 at 207.27 mph.

Against Nobile, Coughlin was zooming down the track and appeared to have the quicker car, but when he put the JEGS.com/Mopar Dodge Dart into high gear, he glanced up and noticed the win light was already flashing in Nobile's lane. He knew then that he'd left too early, so he pushed in the clutch and abandoned the run.

"I hate it for the guys because they continue to give Allen (Johnson, teammate) and I great race cars," Coughlin said. "But we won't hang our heads. There's too much to be excited about, and we're proud of what we've done to get up to second place in the points.

"We'll head home, literally, and get ready for next weekend's race in Norwalk (Ohio), which is just up the road from where we live in Delaware (Ohio). That's always a great race with lots of friends and family, plus a ton of JEGS associates there to cheer us on, so we'll regroup and get back to work and see what we can do about winning another race."