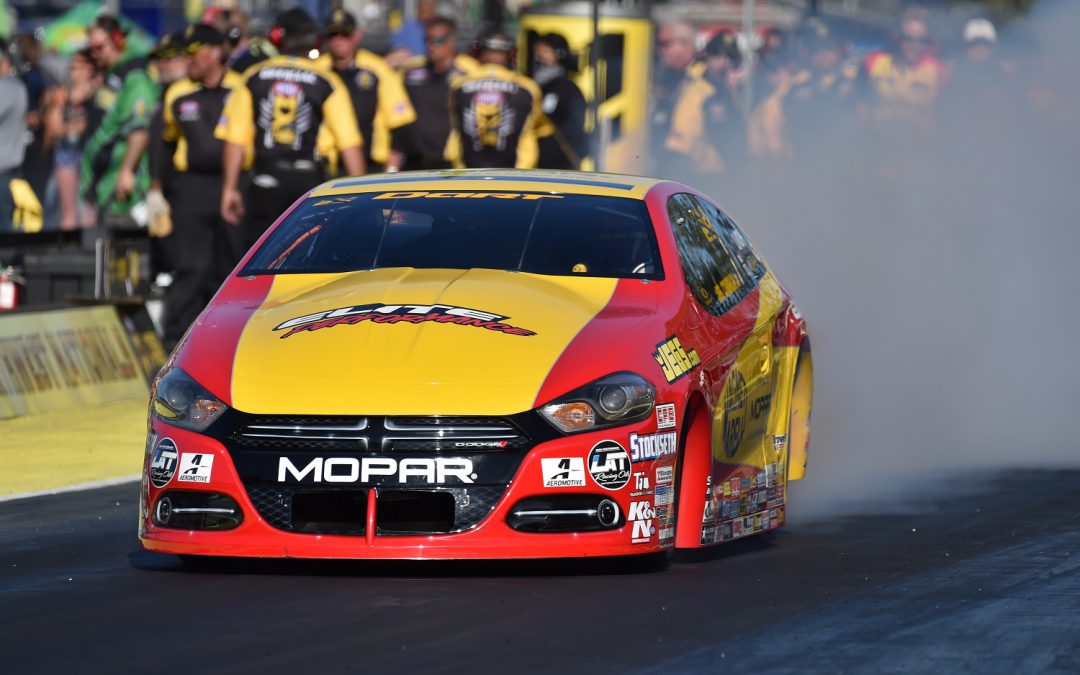 BRAINERD, Minn. (Aug. 16) — Brainerd International Raceway has been very kind to five-time Pro Stock champion Jeg Coughlin Jr. in the past. He's raced to six finals and carded four victories at the facility, amassing a stunning 29-11 elimination-round record in the process.

This weekend at the 35th annual Lucas Oil NHRA Nationals, Coughlin is hoping his past successes at BIR help him break-though with his first victory of the season in his Magneti Marelli offered by Mopar/JEGS.com Dodge Dart.

"We really haven't had a car to challenge for race wins so far but we're heading in the right direction and it's encouraging to come in here off of what I would say is our best race of the season up in Seattle," Coughlin said. "We've certainly had some great times in Brainerd in the past, including what we've been able to accomplish on the track, so it's a place we love to see on the schedule right about now.

"It's always hard to say why some tracks are better to you than others. You always race the same way, prepare the same way, no matter where you go. The strips are all a quarter-mile long.

"If I had to make a guess about Brainerd it would have to be the people up there. This is kind of the last hurrah of the summer and everyone is just partying and having fun. You get all the folks from the Twin Cities, the family vacationers and even a good dose of Canadians that make the trip down. It's just a good time."

Should Coughlin find the victory circle again it would make him the all-time Pro Stock wins leader. Currently, his four victories have him tied with Warren Johnson, Kurt Johnson, Bob Glidden and Bruce Allen for the class lead.

"It seems like we're on the cusp of finding our place," Coughlin said. "Changing to Dodge on the same year the NHRA changed our class to fuel injection has been a challenge, no doubt. But I look at guys like Mark Ingersoll and Rick and Rickie Jones, the guys on the crew, the engine guys, Nick Ferri and Jake Hairston, and I see the same group that won the last two Pro Stock titles (with teammate Erica Enders).

"I know there have been a bunch of dyno pulls made since Seattle and they tell me the advancements in the powerbands of these HEMI motors has been there. I feel like we are well prepared and ready to go back into battle."