Four-Wide Nationals ends a round too soon for Coughlin 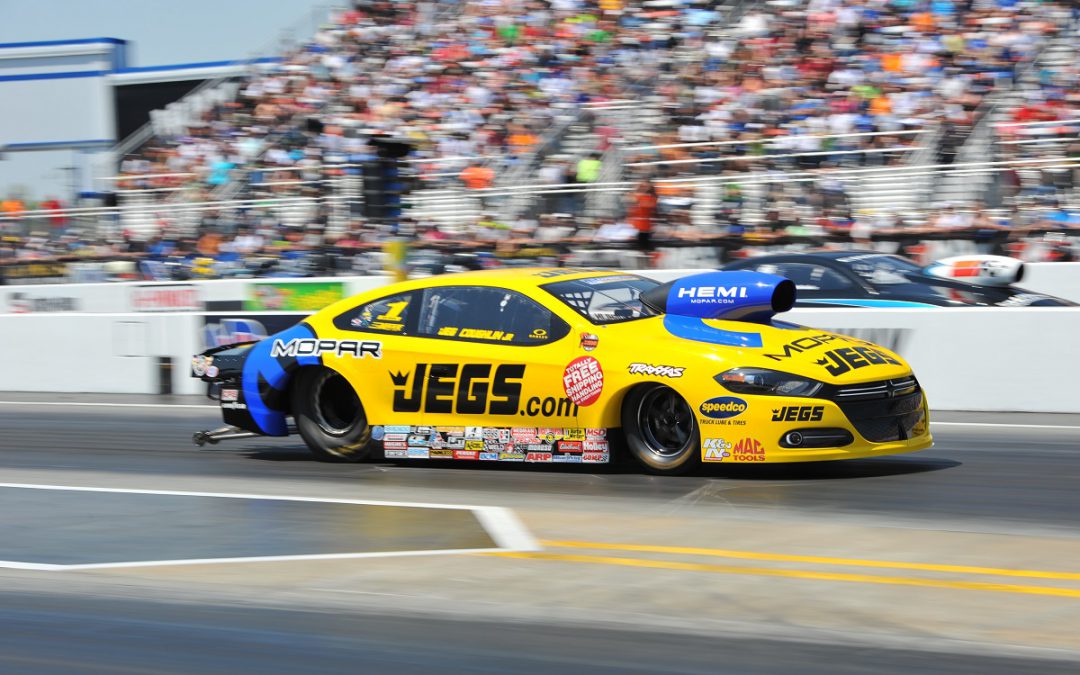 The JEGS.com/Mopar Dodge driver won his first-round quad after one driver was timed out during staging, causing confusion and late reaction times for the remaining three.

Then in the next round, Coughlin was bit by a rare red light, sending him home much too early.

"Unfortunately, we didn't light the win-light," Coughlin said. "But we'll pick up the pieces and head to Houston."
Coughlin had qualified No. 5 and squared off against No. 4 Shane Gray, No. 12 Rodger Brogdon and No. 13 Robert Patrick in the first round. Three drivers staged, but Patrick didn't light the second bulb in time and was timed out. That caught the other three drivers off-guard, and Coughlin was able to leave first, but with a .600-secind reaction time.

"What a bizarre round," Coughlin said. "You've got to be real careful. Once the first person stages, there's seven seconds for the other three to come in. I thought I was coming in on about a five-count. Turns out, it's real close to a seven-count.

"Robert Patrick got counted out, so it seemed like as soon as I lit my stage light, the Tree fired."

The other two drivers reacted slower than Coughlin, and he sped to the finish line first with a pass of 6.681 seconds at 210.28 mph.

"I was first to swap feet and first to get to the finish line, which was a small miracle," Coughlin said. "But we got the car happy and thought we had something for second round."

He lined up against Gray, No. 1 qualifier Chris McGaha and No. 8 Jimmy Alund with a chance to go to the final round. But Coughlin left .005 seconds too soon, causing a red light and ending his race.

"Round 2 didn't go quite the way we wanted it to," Coughlin said. "The car was flawless, and I felt fantastic. I just came up leaving the starting line just a couple thousandths too quick and drew that red light.

"I knew we were set up pretty tight on the Tree, based on Q4 Saturday, but I thought at best I could be mid-.00, but I turned it red by five-thousandths of a second."

Coughlin's red light nullified a 6.542-second pass at 211.63 mph that would have been the quickest of the round.

"It rocketed down through there with low ET of the round, 6.54," Coughlin said. "The guys did a heck of a job with the car. We were fourth to pick lanes, so we got stuck with what was left, which was lane 3. They did one heck of a job getting the car to stay glued to the lane. Obviously, to have low ET was pretty stout."