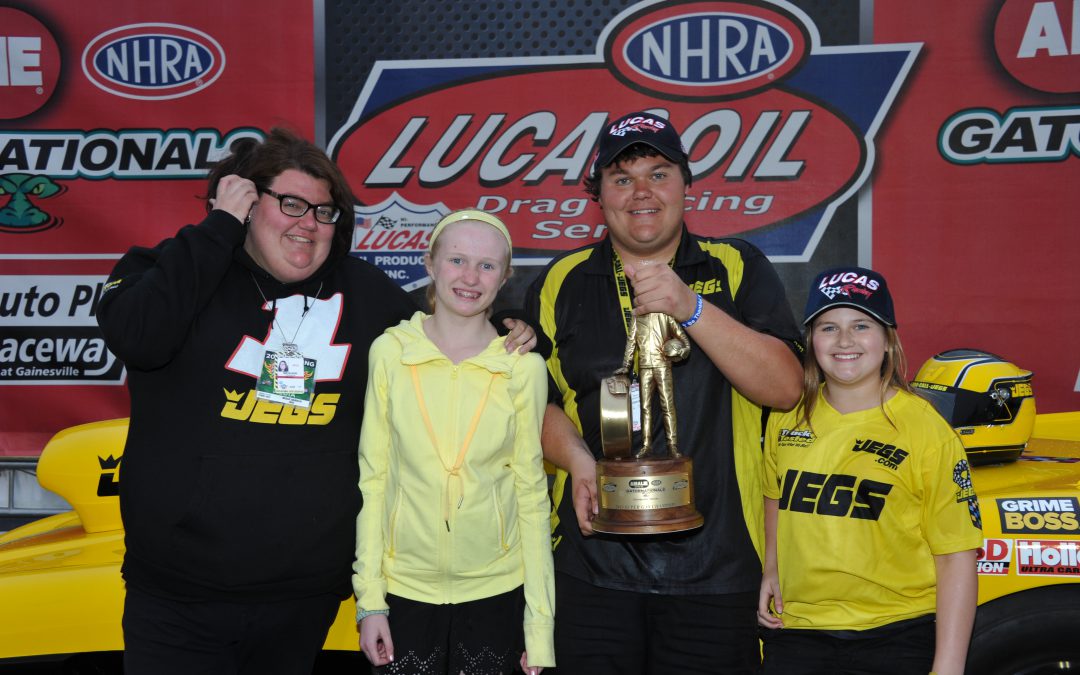 BELLE ROSE, La. (March 20) – Fresh off his historic Super Gas victory at the 44th annual NHRA Gatornationals, Troy Coughlin Jr. is now headed to Bayou Country where he hopes to rack up some more wins during this weekend’s 10th annual JEGS Cajun SPORTSnationals at No Problem Raceway Park.

Like Florida, Coughlin will once again be racing in Super Comp and Super Gas in the popular event, which is one of three JEGS-backed races that showcase NHRA Lucas Oil Drag Racing Series sportsman racers.

"It was awesome to win the Gatornationals," Coughlin said. "It was great to have my family there, especially all my sisters, and Pappy [Jeg Coughlin Sr.] celebrated his 75th birthday so it was really cool to dedicate the win to him."

Sunday's win was Coughlin's third at an NHRA national event title and the 94th for the Coughlin family. Ironically, he defeated his girlfriend, Mia Tedesco, in the final round. The win came just one day after the third-generation racer emerged unharmed from a top-end crash that damaged his Super Comp dragster. Coughlin’s ability to race two cars in this weekend’s event was in jeopardy until his uncle Jeg Coughlin Jr. came to the rescue.

"Uncle Jeg helped me so much last weekend," Coughlin said. "He helped keep me calm after I crashed and he gave me a lot of great advice that helped me focus and finish the job in the Super Gas car.

"On Sunday, he offered to let me use his dragster this weekend so I’ve got a Super Comp car to drive. I owe a lot of thanks to everyone who has helped including Uncle Jeg, Jay Schroeder, Rick Rossiter, Greg Cody, and everyone in our shop who helps keep these cars running."

The generosity of his five-time champ uncle has allowed Troy Jr. to once again take part in the JEGS Cajun SPORTSnationals, which has long been a favorite of the Coughlin family. Jeg Jr. and Mike Coughlin are both former winners of the event, which combines fierce on-track competition with a friendly, block party atmosphere after hours.

"I’m so excited to go back to Belle Rose," Troy Jr. said. "The JEGS Cajun SPORTSnationals is definitely one of my favorite races of the year. Everyone is so friendly and the whole race is like one big party."