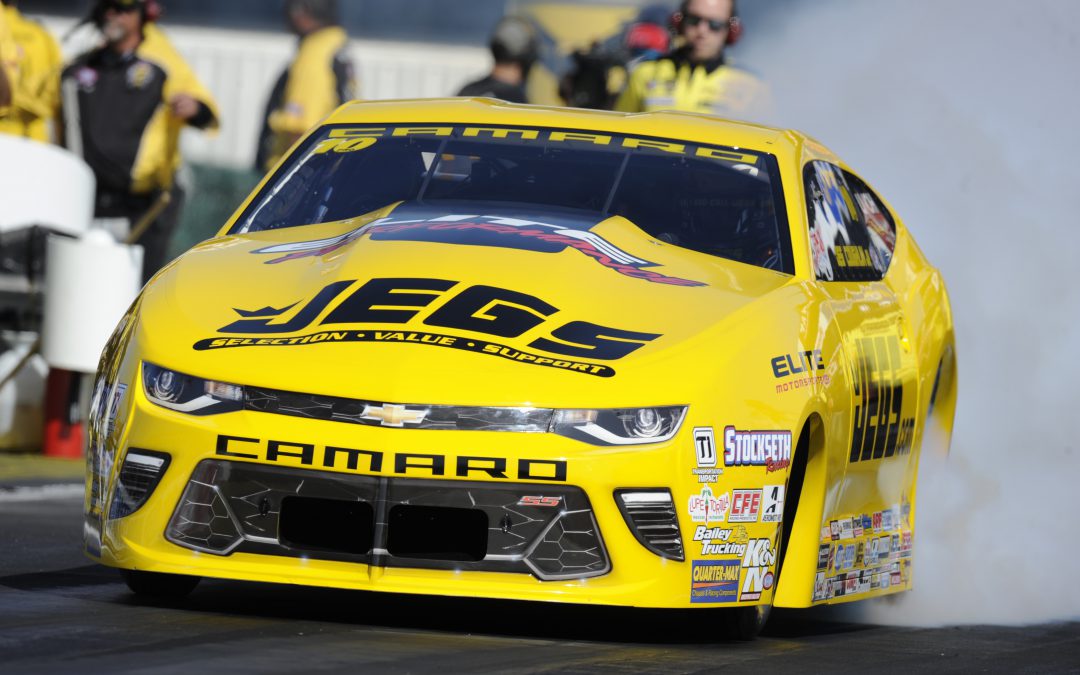 This was the second semifinal result for Coughlin in the young season and will keep him near the front of the Pro Stock championship points standings.

"We'll take this result and be happy with it," Coughlin said. "You know, we came out here Friday and had a good run in Q1 we were able to build off of it for the evening session. We went up there in Q2 and made a really good poke and jumped all the way up to second, which was a really nice deal for the entire crew.

"I came out Saturday and absolutely could not wait to make another pass but for some reason the car ended up being very conservative in both runs. Whatever we tried just didn't pan out, but the guys stayed after it."

"Bo had such a great car all weekend and we really just didn't have anything for him that round," Coughlin said. "Still, we were pleased to get that far in the program."

Race day started with Coughlin facing Tom Huggins, the 77th different driver he's raced in his Pro Stock career. This one was over at the start with Coughlin gaining a massive .238-second head-start at the Christmas Tree and screaming away to a 6.747 at 206.48 mph, well ahead of part-timer Huggins 6.842 at 202.67 mph.

"We've got two full weeks off and there will be some serious testing done to sort out everything. It'll also give the guys a few days of rest and time with their families. They've earned it. There's no lack of trying over here."

Coughlin and the Elite race team will enjoy two weekends off before returning to work at the 30th annual NHRA Springnationals, which will be held April 21-23 at Royal Purple Raceway in
Baytown, Texas.

"Our great friends at Lupe Tortilla Mexican Restaurants, Stan and Sheila Holt, have a kick-off meal planned for us so I'm going to work out extra hard in the next few weeks so I can enjoy every bite of their food," Coughlin said. "Houston's always a great stop and we're gonna make sure we have a good showing there."