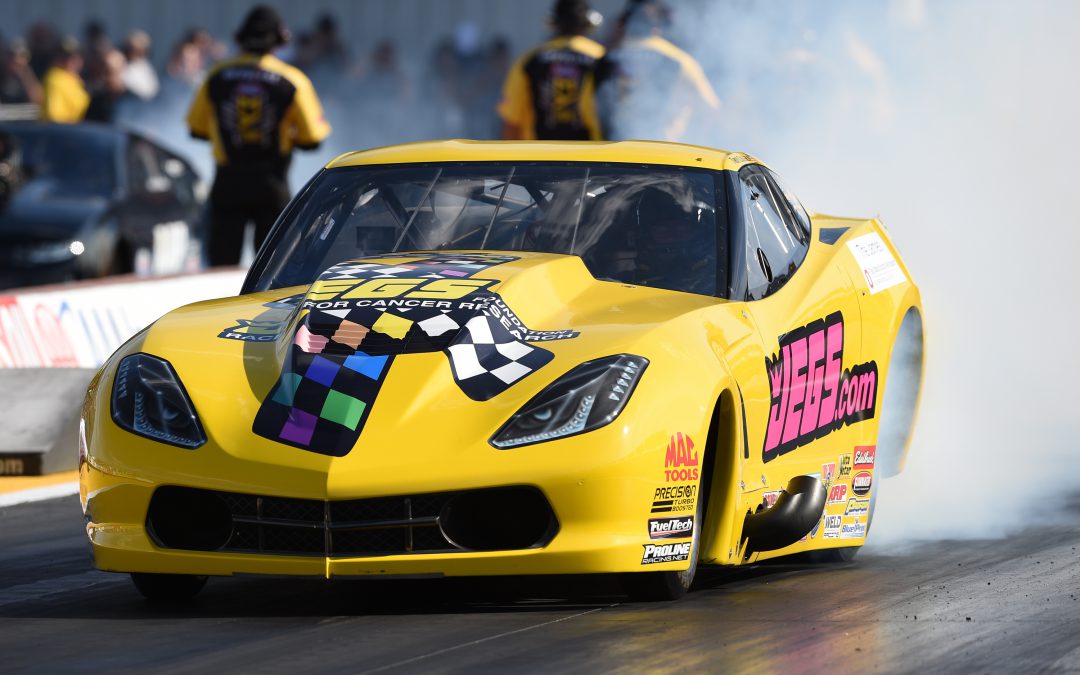 The dramatic turn of events puts Coughlin's championship fate in his own hands as he draws to within 34 points of the lead in the J&A Service Pro Mod Drag Racing Series. Should Coughlin managed to win at least two rounds Sunday, he'll leave Gateway Motorsports Park in the points lead with just one race remaining on
the schedule.

"This Pro Mod title chase has been crazy," Coughlin said. "Mike and that group over there with (crew chief) Frank Manzo are top rate and it's very unlike them to lose early in eliminations but it's happened a couple times now and that's allowed us to stay in the fight," Coughlin said. "It speaks to the level of talent in the entire class. Anyone in the field is capable of beating anyone else.

"The way things turned out today was very fortuitous for us but it won't mean as much if we don't carry this momentum into tomorrow and take care of business. Thankfully, I've got Steve Petty, Mike Rees and Kyle Pettis on my side and I would stack them up against anyone. They've done incredible work here and throughout the whole season."

Coughlin's heart must have been pounding out of his chest after he watched Castellana lose to Farber in a wild affair. Castellana's car hiked the front tires off the racing surface twice during the race, forcing him to abort the run. But Coughlin still had to beat Smith, who edged him for last year's title.

"It was pretty wild that Rickie and I had to race one another in Round 1 with so much on the line," said Coughlin, the 2012 and 2015 world champion. "We've had a pretty good rivalry going now for several years and I consider him the best nitrous guy in the country so to get a win against a five-star team like his was very cool."

"I think the weather conditions are going to be a little warmer tomorrow so that will make it a tougher to get down the track," Coughlin said. "We have to cross our T's and dot our I's and nut and bolt this thing from bumper to bumper. Tomorrow's winner will be the person who makes the fewest mistakes and we'd love for that to be us."