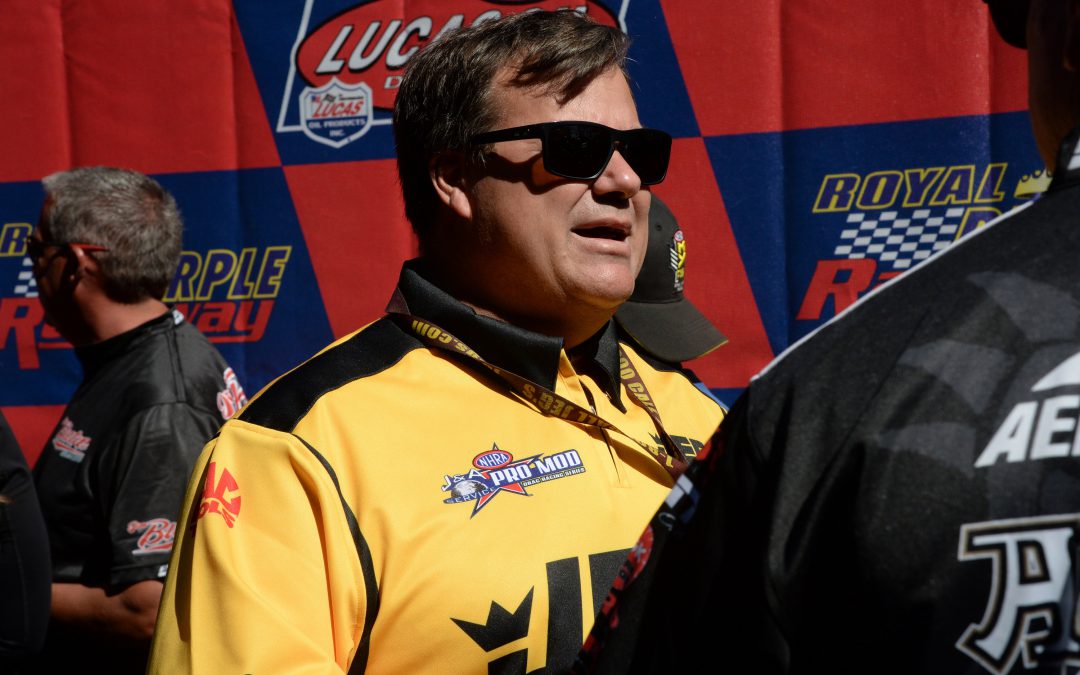 CONCORD, N.C. (April 27) — Troy Coughlin has secured world championships in two different sanctions, won national events in three different NHRA categories, captured numerous divisional and big dollar bracket race titles, and raced in a multitude of All Star events. But the veteran drag racer, who began his career some 30 years ago, has never done what he's about to do this weekend — race four-wide down the strip.

"I'm really excited about Pro Mod cars racing four-wide in Charlotte alongside the Mello Yello Series pros," Coughlin said. "It'll be a sight to see when four Pro Mod cars blaze down the strip. It's the first time the Pro Mods have raced four wide so the blood will be pumping.

"I thought I'd pretty much done it all at this point in my career but this will be something new. I'm really looking forward to giving it a go."

In preparation of taking the track with the rest of the pros in the J&A Service Pro Mod Drag Racing Series presented by JEGS.com and Plugfones, Coughlin has been quizzing his younger brother Jeg Jr, who has raced four-wide a handful of times in his Pro Stock entries.

"I've been at the races before and watched the starting line procedure from behind the Tree so I have an idea of what it takes," Coughlin said. "I've also been picking Jeg's brain a little to get his perspective. It seems like it wouldn't be that big of a deal but every time they introduce new classes to the format, you see a lot of errors up there.

"I'm thankful we've got four qualifying attempts this weekend instead of the usual three we normally have in Pro Mod because it will give us one more chance at going through the staging procedure. Of course, emotions get ramped up on race day so it may be a different beast, but bottom line, you have to cut a good light and beat whoever is in the other lane, or in this case, other lanes."

The most prolific racer in the popular class over the past five seasons with two titles and three runner-up results to his credit over that time span, Coughlin says his turbo-charged JEGS.com C7 Corvette is ready to roll.

"I'll bet on my crew chief, Steve Petty, and the JEGS crew any day," Coughlin said. "So far this year the supercharged cars have been very strong but we will continue to plug away, squeezing everything we can from our turbo car. It'll be more of the same for us. We'll keep working hard and try to put ourselves in position to win."