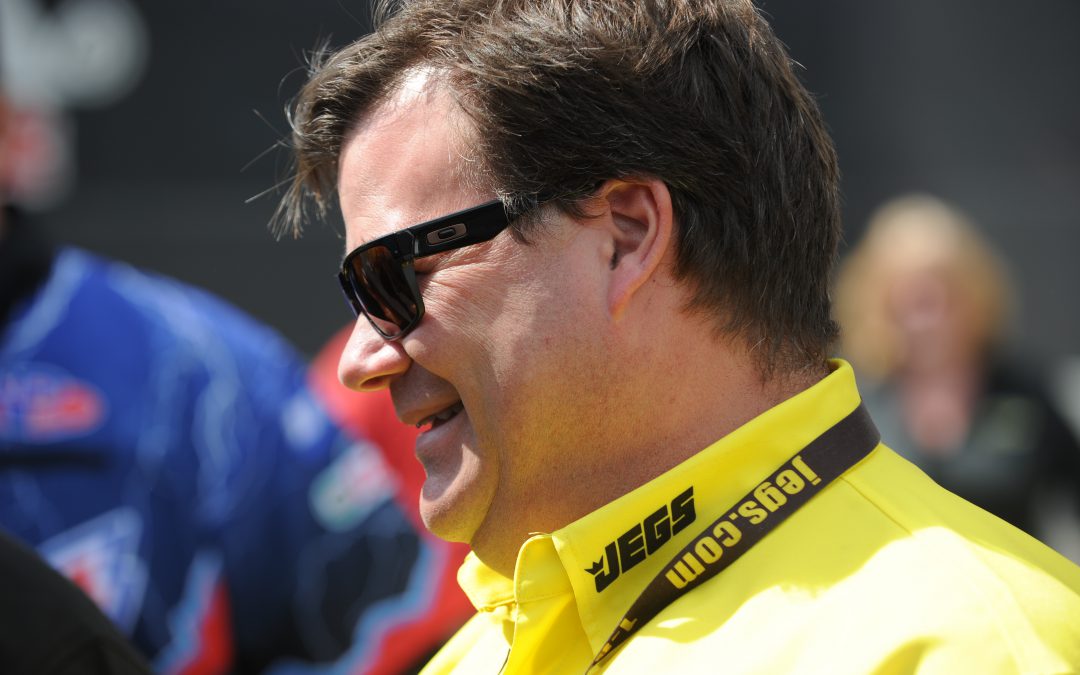 "We left Indy with a pretty powerful piece," Coughlin said. "We came here and had some struggles. We were checking some things, but, really, we're going to go from bumper to bumper and look at every bolt, nut, wire, heim, suspension piece – anything we can look at and touch. Something kind of goofy is happening, and we haven't found it yet, but we will."

Coughlin came into Charlotte second in the Pro Mod points standings, and the DNQ will obviously hurt his chances at the championship. But Coughlin got a break when two drivers in the top four in points lost in the first round Saturday, including points leader Rickie Smith.

"We'll bounce back," Coughlin said. "We've got a great group of guys in (crew chief) Steve (Petty) and the rest of the team. I couldn't ask for a better crew, and Pro Line gives us great engines, too. It's the best you can buy. There's just a little something there in the car we haven't found, but we will find it. We'll come back and be mean at the last two races."

Coughlin said his turbocharged Corvette spun the tires too much, but it also struggled with tire shake. He aborted his first qualifying pass, then made it down the track in Q2 with a pass of 6.057 seconds at 244.34 mph.

"The second pass, it got down, but it was slow," Coughlin said. "We had a couple issues with the transmission and the converter, but we fixed that no big deal.

"The last run, it took off and started spinning and started shaking. I said, 'Well, if it can make it through this, it might run fast enough to get in.'"

But the car didn't make it through the tire shake, and Coughlin had to abort his final pass, too.

Coughlin is the defending race winner for the next event on the Pro Mod schedule, at Gateway Motorsports Park on Sept. 27-29, and he has plenty of confidence in his team.

"When we get to St. Louis, hopefully, we'll be in a lot better shape and will finish the season strong," Coughlin said. "It's been a good year. We've just got a little gremlin biting us somewhere, but we'll dig it out."