Having fun in the warm California sun on the mind of second-place runner Jeg Coughlin Jr. 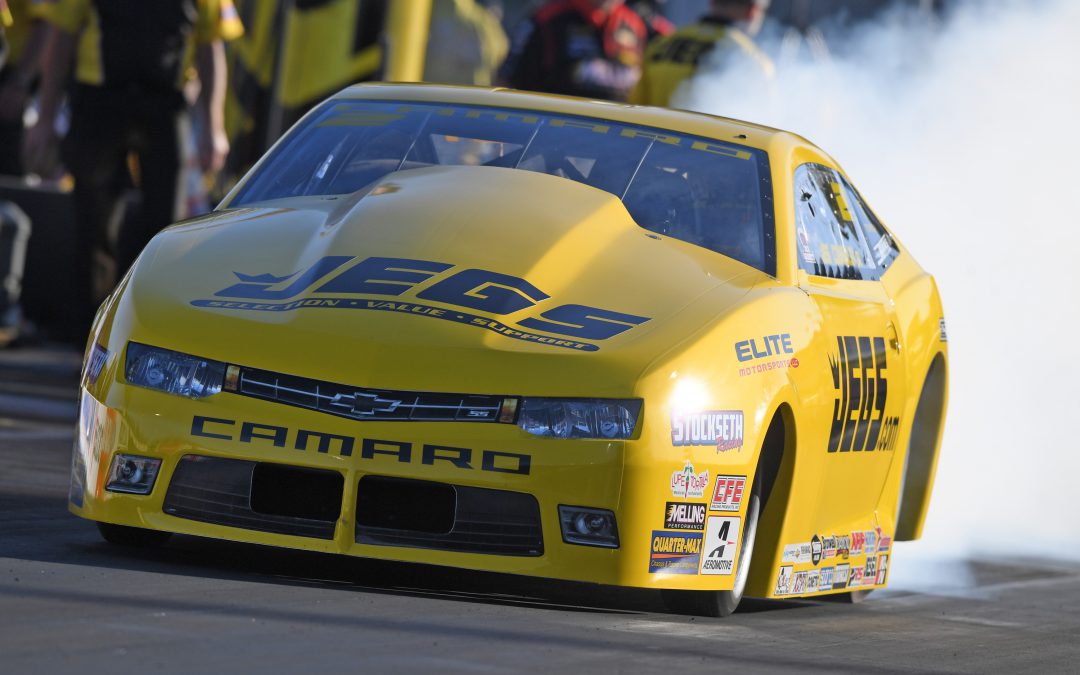 POMONA, Calif. (Nov. 12) — Five-time Pro Stock champion Jeg Coughlin Jr. may be a lofty second in the Mello Yello points heading into the final race of the year but he's not putting a lot of thought into finishing on top. The veteran racer knows a lot of things need to fall into place for him to erase the 92-point deficit he has to teammate Erica Enders, even knowing this race awards points and a half for each round win.

"We are simply looking to have a good time at the final race of the year and put together a solid weekend for the JEGS.com Elite Motorsports Chevrolet Camaro crew," Coughlin said. "We are focusing on making four good runs in qualifying and turning on four win lights on Sunday knowing full well that still may not result in a championship.

"It's the NHRA Finals, the 'Last Go' if you will, and even though we have designs on winning this race, we just don't expect Erica and her Melling team to fall off the incredible pace they've shown throughout the playoffs, but you never know. We're going to fight to the end, no question about it, but I want to be realistic as well."

After finishing the regular season in eighth place, Coughlin has been a man on the move in the first five races of the Countdown, jumping all the way to second on the strength of back-to-back runner-up finishes at the last two national events. But he also had a pair of quarterfinal results in the playoffs, which together with his starting slot has left him wanting just a little bit more.

"We had a decent regular season and we're doing a bit better in the Countdown to the Championship but there are areas where we feel we could have done more," said Coughlin, who won Phoenix back in February. "You can always find those moments where you just weren't as strong as you needed to be and had rounds you could have won but didn't; that's just the way this sport goes.

"Things are pretty simple, now, just finish as strong as we can and see where everything ends up."

"We'd love to close out the year with another win," Coughlin said. "We've come up one win light short at the last two events in Dallas and Las Vegas so maybe it's our turn. It's always a big boost to do well at the Finals. It makes the off-season a so much better.

"I'm thrilled for my brother Mike for securing his third D3 championship Sunday for his JEGS.com Top Dragster team and we're all proud of our nephew Troy Jr. for winning his second straight Top Alcohol Dragster title, this time in the Eastern Region. It's just incredible what everyone has done for the brand, our customers and our fans."

Prior to the race, Coughlin will participate in the annual Racers For Christ Charity Golf Tournament.