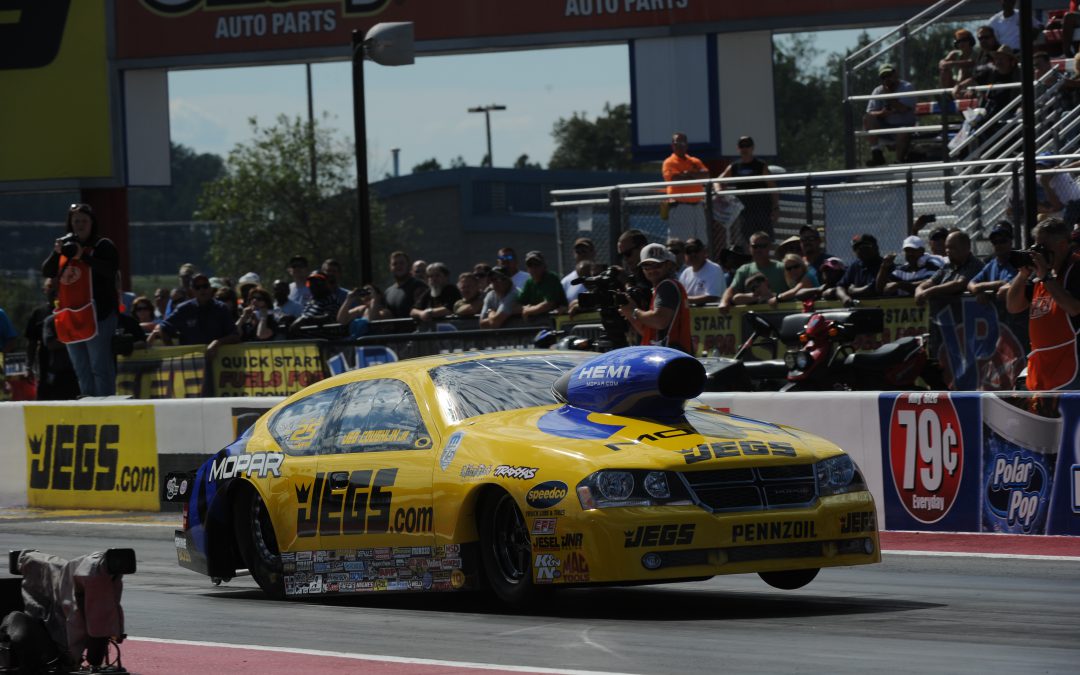 DALLAS (Sept. 18) — Billy Meyer's Texas Motorplex has been a friendly place for five-time world champion Jeg Coughlin Jr. in the past and the 68-time national event winner is hoping that trend continues when he arrives in the Lone Star State for this weekend's 27th annual AAA Texas NHRA Fall Nationals.

"I'm excited about returning to Texas," Coughlin said. "Our JEGS.com/Mopar Dodge Avenger seems to run better in the heat and the forecast is calling for 90-degree days so that should play well for us."

One of the elite 10 drivers eligible for the 2012 Full Throttle Championship, Coughlin says this second of six playoff races needs to be a good one for his squad if they truly plan on contending for their third title in the NHRA's playoff era.

"We didn't get off on the right foot in Charlotte," Coughlin said of the first playoff race. "We didn't qualify as well as we needed to and therefore we had a tough customer in (points leader) Allen Johnson in the first round. We actually made a decent run against him, in fact we were one of the few in the entire class that didn't struggle to get down the track, but Allen didn't waver from what he's been doing and we lost the round.

"The primary goal in Texas is to clean it up a bit from Q1 through Q4 so we're better positioned for eliminations. If there was a reset button, we'd hit it."

The Motorplex should be the perfect spot for Coughlin to start fresh. He's a four-time finalist at the facility, having won the race outright in 2002. He's also racked up three No. 1 qualifier honors there, more than any other track on the circuit.

"We're actually a little better than we've been showing," he said. "If we can run to our capabilities in Texas and I get up on the wheel and drive well, we can make some noise. We're sure going to push it as hard as we can."

Pro Stock qualifying rounds will be contested at 2 and 5 p.m., Friday, and 11 a.m. and 2:40 p.m., Saturday. Eliminations are slated to begin at noon, Sunday. ESPN2 will carry all the action.