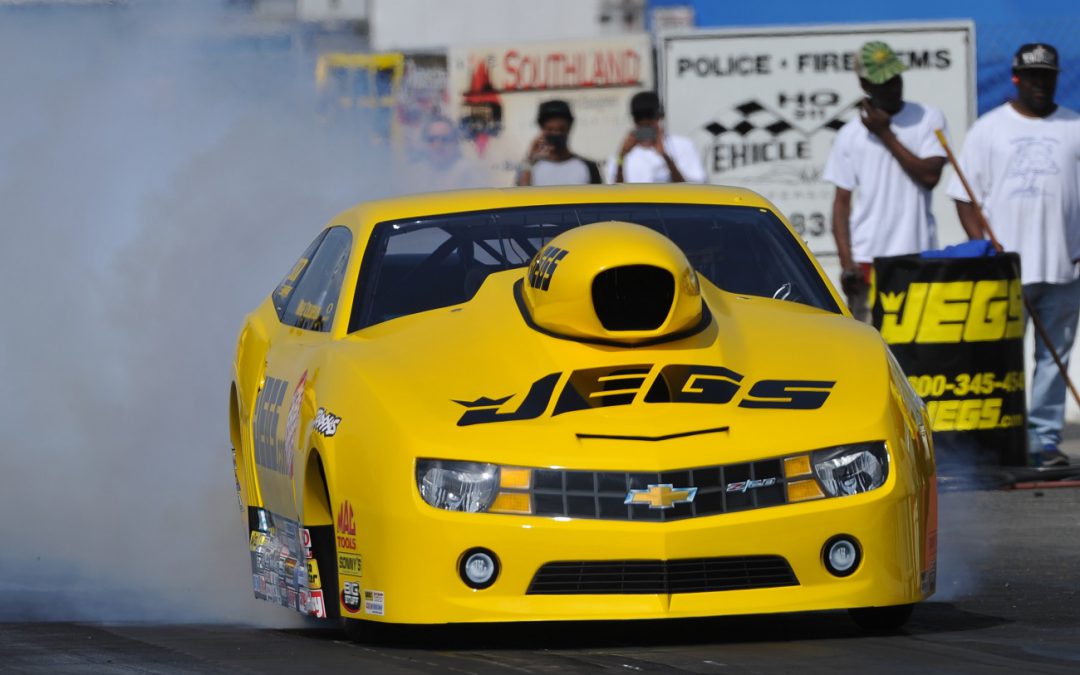 NORWALK, Ohio (July 2) — Sportsman stars Troy Coughlin Jr. and Mike Coughlin plan to make a lot of noise over the Fourth of July weekend, and they won't need any fireworks to rattle windows in Northwest Ohio. Troy Coughlin Jr., better known as T.J., will use his JEGS.com Super Gas and Super Comp entries to light up the sky, while his uncle Mike Coughlin will add some thunder with his Top Sportsman Camaro.

"This is our home state race now," T.J. said, " at least as far as racing at the national level. It's just an hour or so up the road from our business and race shop so we'll have lots of friends and family, plus people from work, rooting for us. It'll be a party atmosphere being July 4th weekend. Should be a lot of fun."

"I need to get back to having fun and racing my style of race," T.J. said. "It's easy to get caught up in the pressures of the points races and championship stuff and you can lose focus on what you need to do right here and now. I'm going to Norwalk with a smile on my face. I'm going to give it my best shot, and we'll see what happens."

Sharing the JEGS.com pit, Mike Coughlin and his JEGS.com Chevrolet Camaro haven't been to as many races as many of the others in the Top Sportsman class, but the two-time Division 3 champion is ready to bring home a win nonetheless.

"I haven't run since the Chicago points meet but the car was working perfectly there so my confidence is up for sure," Mike Coughlin said. "Hopefully we can pick up right where we left off and make some noise.

"It's been a slow season for us so far. We've only raced three times but it'll pick up a bit from here. It's time to get after it and see what we can do.

"I don't get to many national events anymore because there aren't many where they run Top Sportsman. It's even more rare to have the chance to run alongside my brothers Jeg and Troy. To have a race where they have Pro Stock, Pro Mod and Top Sportsman all at the same time is pretty rare, let alone one this close to home. I'm really looking forward to spending the weekend with them, and T.J. also, of course."

Aside from the family affair this weekend, Mike Coughlin knows that Norwalk will be tough for anyone because it brings out the best of the best competition-wise.

"Northwest Ohio is probably the biggest area in the country for fast door cars," Mike Coughlin said. "Some of the very best are in this area and you'll see a very wide variety of cars and combinations competing up there. It places a premium on showing what you can do."

With a busy weekend ahead for the entire Coughlin family in Norwalk, both drivers know it wouldn't be possible without crew members Rick Rossiter, Tony Collier, Greg Cody and Justin Beaver for the hard work they do on their racecars.