Hottest drag racer in Pro Stock, Coughlin zeroes in on another Englishtown title 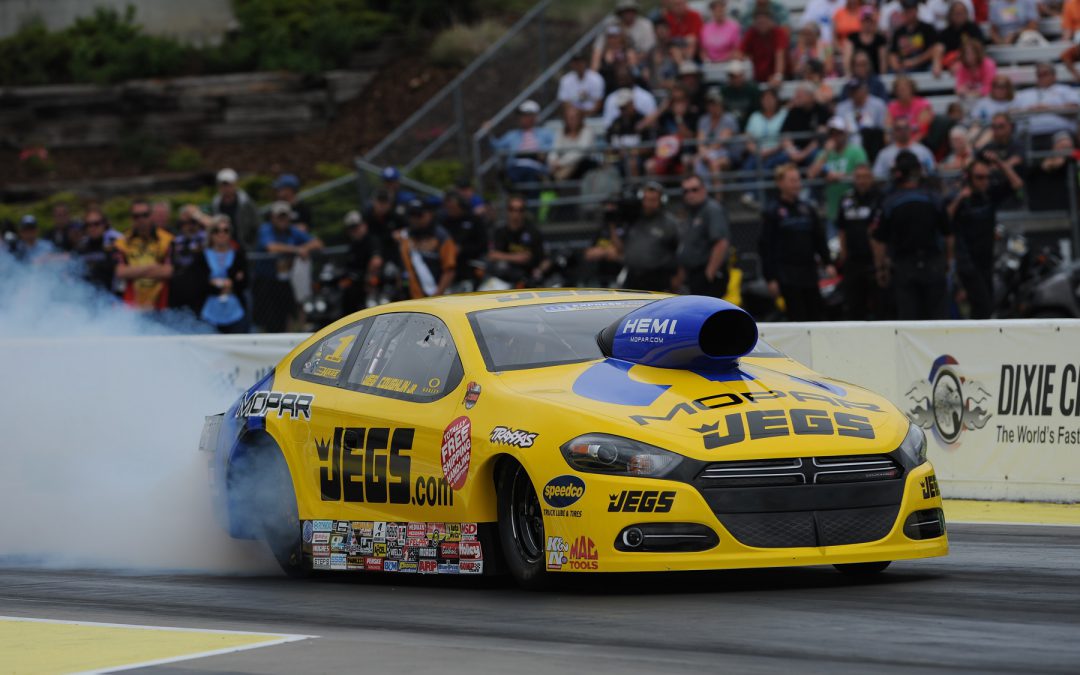 This year, the E-town race follows events in Atlanta and Topeka on consecutive weekends. Although the rapid pace of the schedule can hinder some teams, Coughlin says the J&J Racing camp welcomes the challenge.

"It'll only be a few short days before we're rolling into New Jersey," Coughlin said as he departed Topeka. "It's the third of three races in a row, then we get a quick, one-week break before racing four in a row, so off we go. It's that time of season.

"I like the momentum we're starting to gain. Performance-wise, we just need to keep tweaking on the cars a little bit, and A.J. (teammate Allen Johnson) and I need to continue to fine-tune our end of the program. He did a nice job in Topeka (taking the win over Coughlin) and we had a slightly better weekend in Atlanta, so both of our cars are running well. When you have performances like this, you welcome every race weekend. You can't wait to get back in your hot rod."

In addition to his increased performance, Englishtown is a welcome site on Coughlin's itinerary. He's claimed four trophies at Old Bridge in the past, winning Super Gas in 1997 and Pro Stock in 1998, 2000 and 2009, and had two more final-round showings in 2002 and 2007.

"Englishtown is one of my favorites," Coughlin said. "It's one of the marquee events on tour. It's been around for 45 years and that alone makes it very special. I remember reading about all the heroes of the sport, including my father, racing there back in the day. It was a track I'd dream about as a kid.

"I've had some good fortune there early in my career (in Super Gas) and then we came back and have done well with the Pro Stock car as well. I just enjoy the fan base. They're very motorsports-driven, whether it's Stock Eliminator or Pro Stock or Super Gas or Top Fuel. It's a really knowledgeable crowd, and that's yet another reason why I look forward to going back.

"The fact we're coming in a hot streak, well, that's just a bonus."

Pro Stock qualifying sessions are scheduled for 4 and 6:15 p.m., Friday, and 12:45 and 3:15 p.m., Saturday. Eliminations begin at noon, Sunday. ESPN2 will carry all qualifying and elimination action.