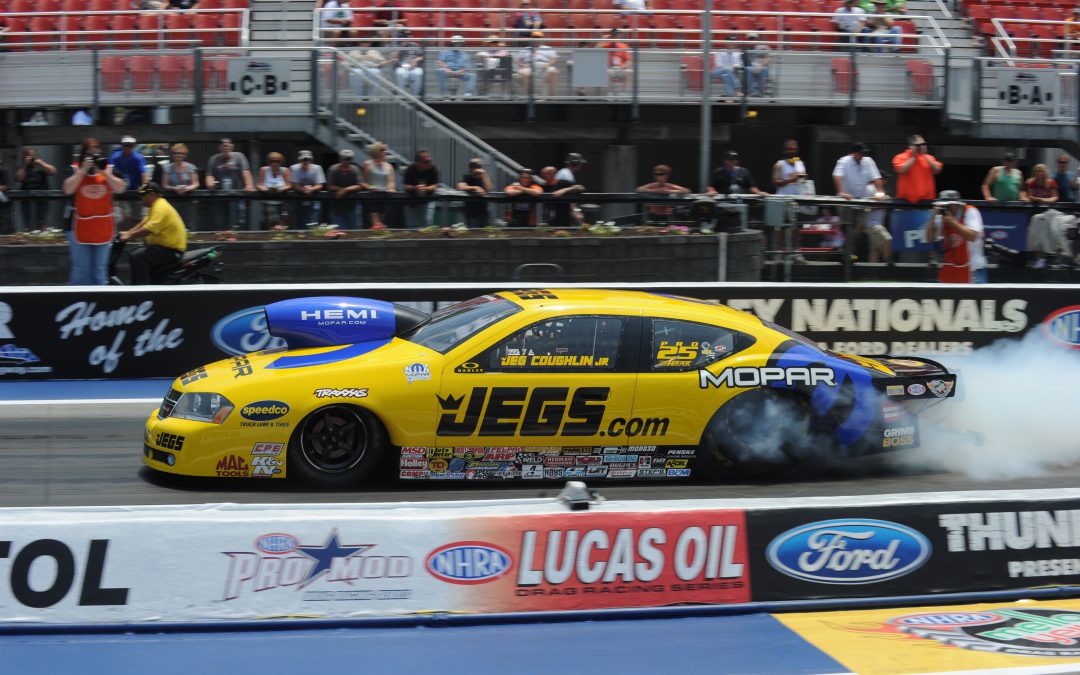 EPPING, N.H. (June 19) – JEGS.com driver Jeg Coughlin Jr. has been racing professionally for more than 15 years and has won numerous championships and dozens of races along the way. But even a driver of his pedigree still gets jazzed for a new race track.

Coughlin and the JEGS.com race team will tackle New England Dragway for the first time this weekend with the inaugural NHRA New England Nationals.

"From my understanding, all the pre-event sales have been spectacular, and that's exciting. It fires up the teams and the drivers, it excites us because the fans can't wait to get there and see the action of the NHRA Mello Yello Drag Racing Series. We want to get out there and perform well."

Coughlin expects the track to produce some quick elapsed times, which bodes well since he has been among the quickest all season. Coughlin is tied for second place in the Pro Stock championship points with teammate Allen Johnson and has one win, two runner-up, three semifinal appearances and one No. 1 qualifier in 10 races this year.

"It should be a high barometer, close-to-sea-level track, as we see in Englishtown, as we could see in Reading, Houston, Sonoma," Coughlin said. "Data-wise, at least from a weather standpoint, we'll certainly be prepared. I'm sure the crew chiefs will spend a lot of time Thursday walking the track and trying to get a little bit intimate with it pretty quick.

"Once the event starts, we'll probably pay a little more attention to Lucas Oil Series cars to see how they're tracking down the race surface. That way, we can try to have our best effort coming out Q1. It's going to be a good race."

Coughlin also expects the fans to be enthusiastic to see NHRA race there for the first time.

"I met general manager Joe Lombardo a couple weeks ago, and he couldn't have brought any more excitement or enthusiasm from the track's perspective," Coughlin said. "It's just going to be a great event."