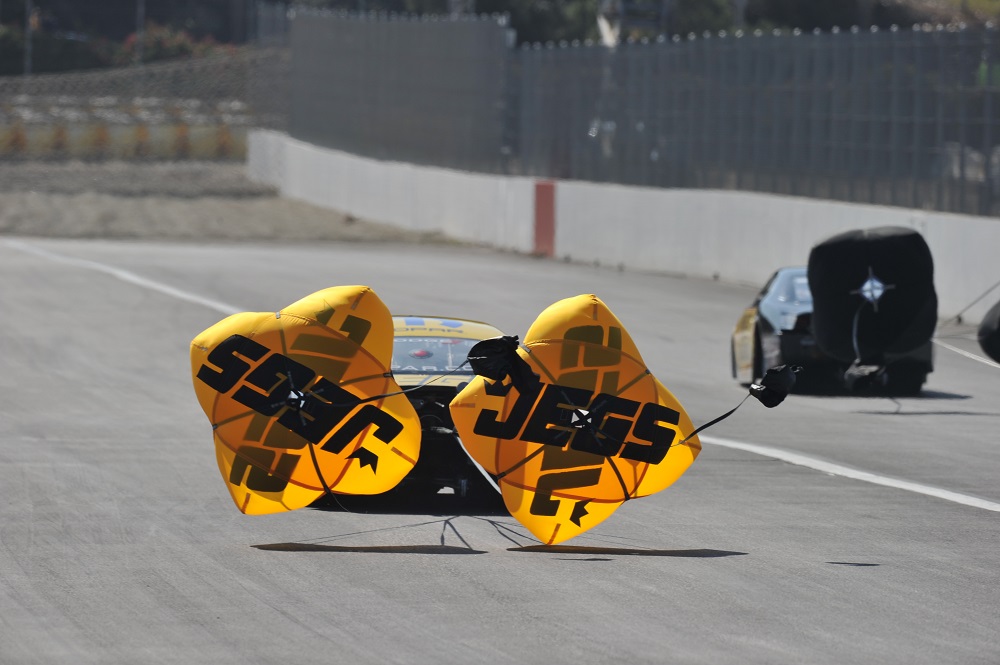 PHOENIX (Feb. 22) – Any of the early season struggles for JEGS.com/Mopar Dodge driver Jeg Coughlin Jr. are over, and that could be bad news for the Pro Stock field.

Coughlin's team found some bugs in their car after Friday's qualifying session, and Coughlin responded with a pair of top-four runs in Saturday's two identical passes.

"It felt as good as it's felt, honestly, since Pomona last year," said Coughlin, who fell in the second round in the Pomona season-opener two weeks ago. "That's a sign of good things to come."

Coughlin, who ended up qualifying No. 10, made a pass of 6.578 seconds at 211.43 mph in Q3, and then repeated it with the exact elapsed time and speed in Q4. He was fourth-fastest in Q3 and third in Q4, a dramatic improvement over Friday's attempts.

"The whole team went through a pretty good effort last night and this morning to try and get the car a little bit happier," Coughlin said. "Once you let the clutch out, it wasn't real happy.

"In a Pro Stock car, if you're going to make a mistake, you want to make it in the last foot and not the first foot. Fortunately, they found some things that were wrong with the car, and the car felt much, much better."

Friday was the faster of the two days, and Coughlin's initial run of 6.598 seconds at 211.43 mph was 10th, so despite going quicker Saturday, he did not move up the ladder.

But the improvement put a smile on Coughlin's face.

Coughlin will square off against No. 7 qualifier Dave Connolly, whose top pass was 6.565 seconds at 210.77 mph, in Sunday's first round of liminations. Connolly and Coughlin are regarded as two of the best in Pro Stock, and Coughlin has spent time mentoring Connolly.

"He does a nice job," Coughlin said. "I answered probably a thousand question for the kid as he was coming into the sport, getting into Comp Eliminator and then into Pro Stock.

"He and I have always gotten along really well – until the motors fire up. Then, it will be game time. It'll be good to turn on the win light there, for sure."