Indy could be twice as nice for defending series champion Jeg Coughlin Jr. 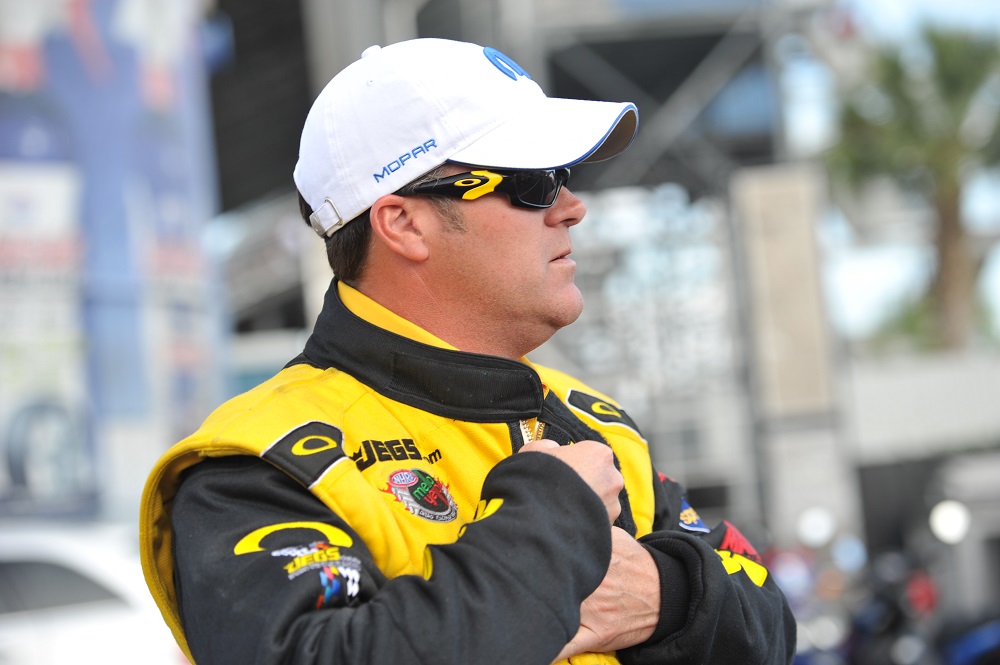 INDIANAPOLIS (Aug. 25) — Defending world Pro Stock champion Jeg Coughlin Jr. has accomplished plenty in his career, including a laundry list of highlights at the U.S. Nationals, which run for the 60th time this weekend at Lucas Oil Raceway. But even Coughlin hasn't had a chance to win two Pro Stock trophies on drag racing's biggest stage; at least not until this year's visit to "the Big Go."

Due to the postponement of the final two rounds of the recently run Lucas Oil NHRA Nationals at Brainerd International Raceway in Minnesota, Coughlin will indeed get two chances to win in Indy. Aside from the regular elimination rounds of the U.S. Nationals, which will take place during the traditional Monday schedule, Coughlin will be a part of the conclusion of the Brainerd race, vying for the victory during regular qualifying rounds on Saturday and Sunday.

"It's certainly going to be a unique weekend and a tremendous opportunity to do something that's rather unusual in our world," Coughlin said. "The way things panned out in Brainerd with all the rain delays we experienced, it ran very late and we got into a situation where it was getting pretty dark and we still had a light mist in the air. They gathered the four of us that were left and asked what we wanted to do. As a group, we decided the safest thing to do was move it to Indy.

"Indy is Indy, period. To win that race means the world to those of us in this sport. Now there are four of us with two chances to win in front of that Indy crowd, which will be wall-to-wall, I'm sure. It's different, but I think it's going to be a lot of fun."

"We're confident we have a good chance at winning two more trophies," Coughlin said. "Obviously, one would be a Brainerd trophy, but we'll take it.

"We were pretty happy with the car at BIR. The car still wasn't going down the track exactly the way we wanted it to but we plan to test a few days this week to make sure we're in good shape for Indy.

"We've got one big race weekend left before the Countdown begins. The plan is to make this car as consistent as possible. We want to get it repeating and ET'ing well. That's our main goal. If we do that we'll have a great chance."

Qualifying begins Friday with a single round at 6 p.m. and continues Saturday with sessions at 2:30 and 6 p.m. and Sunday at 11 a.m. and 2:30 p.m. The later rounds on Saturday and Sunday will serve as the semifinal and final rounds, respectively, of the postponed Brainerd race. Pro Stock eliminations begin at noon, Monday. ESPN2 will carry 12 hours of coverage of the race.