It May Not Be Hockey, But Coughlin Looking for a Hat-trick 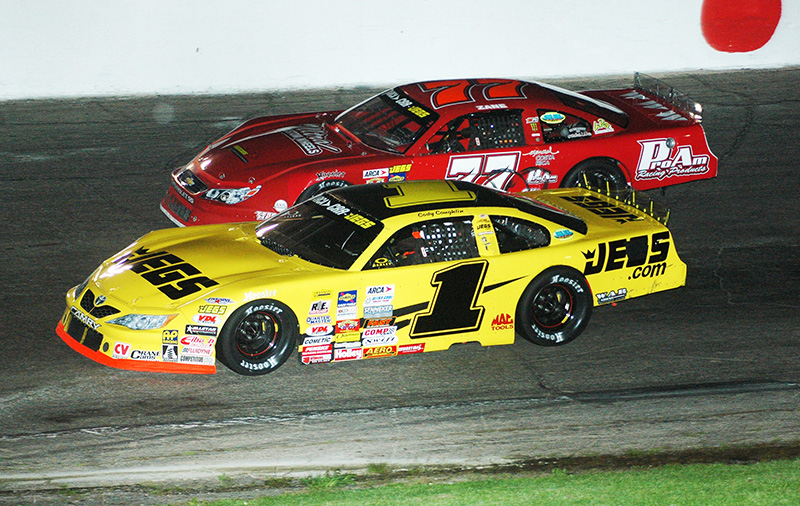 When Cody Coughlin straps into his Pro Late Model on Saturday at Missouri’s Lebanon I-44 Speedway for the Champion Racing Oils Masters of the Pros 144, he’ll be shooting for a hat-trick.  The Joe Gibbs Racing Development driver will attempt to capture his third straight Late Model victory.

“I’m excited to get back in the Pro car,” said Coughlin, who leads the ARCA/CRA Super Series points standings.  “We just need to make sure we have good speed and turn well in the corners and we’ll go from there, but we should be one of the teams to beat for that green jacket.”

The 20-year-old driver is a big golf fan, and badly wants the green jacket that is given out to the winner of this race, similar to the one the winner of the Masters receives in golf.

“I think the jacket is a really neat part about this race,” said Coughlin.  “They’ve established this race as one of the biggest of the year for the crate (engine) cars and it’s one we all want to win.  I’d love to be able to wear that jacket on Saturday night.”

The Delaware, Ohio native finished on the lead lap in the 12th position with an ill-handling car last year.

Coughlin said he doesn’t expect that to happen this year because of how well he and new crew chief Jack Smith have meshed.  The pair has already scored two wins (Toledo and Anderson) in just three races together.

“Jack and I have just gotten along really well, and obviously that’s showing in our results,” said Coughlin.  “I’ve run well at I-44 in the past, and I think there’s no reason why we won’t do that again this weekend.

“I know that Jack, Scott Wimmer  (spotter), Kevin Hamlin (team manager) and Dave Holt (crew member) are going to give me another awesome race car, and then it’s just up to me to put it in victory lane again,” Coughlin said.  “I can’t thank them enough for all of their hard work.  I also can’t thank my parents, Di and John, and my sister Kennedi enough for their continued love and support.  I thank God that I have the support system that I have.”