Jeg Coughlin Jr. asking for fan’s vote to get into this year’s K&N Horsepower Challenge 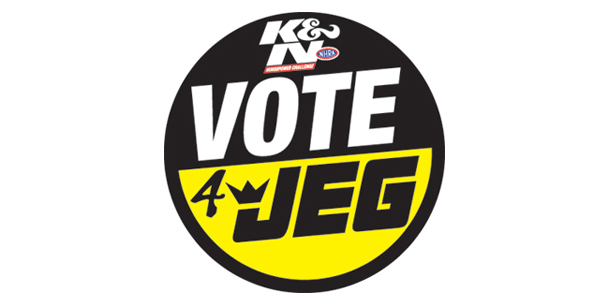 DELAWARE, Ohio (March 3) – Jeg Coughlin Jr. is one of the most decorated drivers in NHRA history, but because he missed most of last season, he's not yet eligible for the 2016 K&N Horsepower Challenge.

But Coughlin, driver of the new Magneti Marelli offered by Mopar/JEGS.com Dodge Dart fielded by Elite Motorsports, can still get into the special event through a vote by the fans.

"Our fans are fantastic and it would be much appreciated if they gave us their vote ," Coughlin said. "Obviously, missing so many races last year we didn't have a chance to earn one of the regular spots but I think we showed well in the races we did attend, and I believe that indicates we could get in there and shake things up."

Coughlin clearly is worthy of racing in this year's Challenge, which will be run during the DENSO Spark Plugs NHRA Nationals on April 2 at The Strip at Las Vegas Motor Speedway. Coughlin has five championships, 58 victories and 20 No. 1 qualifiers during his brilliant Pro Stock career.

Plus, Coughlin is a three-time winner of the special event, earning victories in 2009, 2000 and 1999, and he won the fan vote to get in the event in 2013. Coughlin, too, remains one of the most popular drivers in the sport.

The K&N Horsepower Challenge is a special event for eight Pro Stock drivers, seven of whom earn a spot based on qualifying since last year's race. The eighth spot is for the fan vote winner.