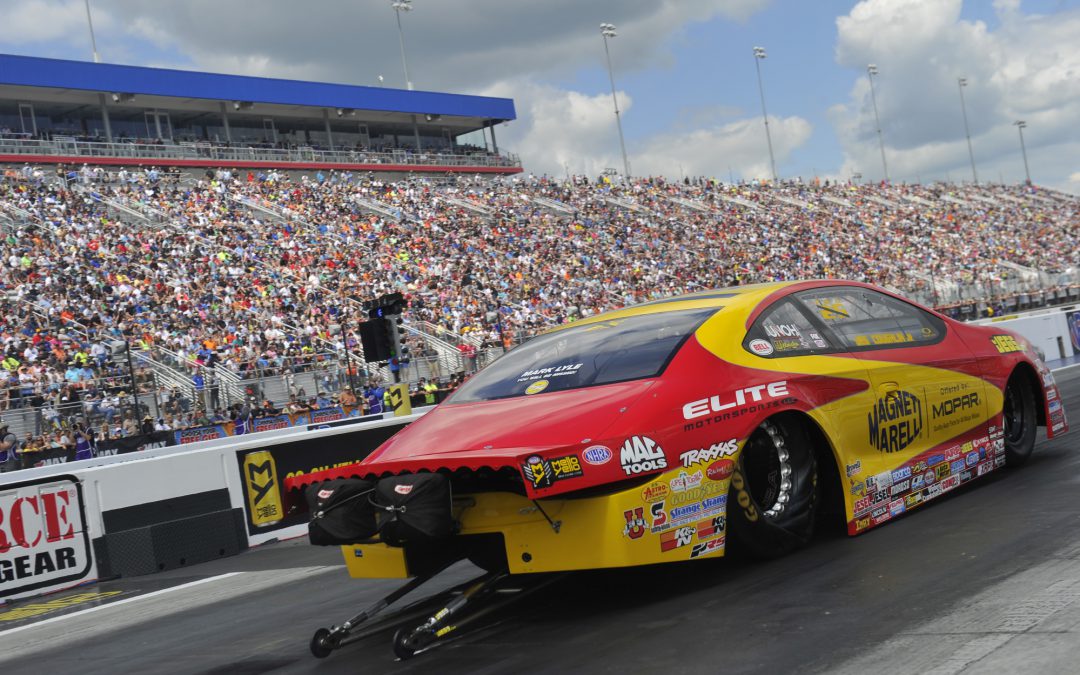 CHARLOTTE (April 23) — Jeg Coughlin Jr.'s bid for his first four-wide nationals trophy will begin from the bottom half of the qualifying ladder after the five-time Pro Stock world champion posted a 12th-best 6.660 at 207.62 mph in his Magneti Marelli offered by Mopar/JEGS.com Dodge Dart.

The result was a bit of a disappointment for the 58-time national event winner, who was hoping for a loftier starting slot after seeing the progress the team made between races.

"Coming into the event we certainly felt like we were making more in the horsepower department and Erica's car was tested and ran well last week in Tulsa but something still appears to be holding us back," said Coughlin, who won the fall race here in 2013. "We're not quite scratching our heads but we're close to that. We know we're capable of running within a few hundredths of the front teams, which would be a low 6.60 here, but we weren't able to do that this weekend.

"Typically, when you're as far off as we are here it's something pretty obvious but that's not the case. The boys are already hard at it trying to find a way. It'll be a busy 18 hours until we run the first round of eliminations. Hopefully, we get some things figured out."

As the No. 12 qualifier, Coughlin will be the third of his foursome of drivers to select which lane he will race down. His opponents will be No. 4 qualifier Bo Butner (6.584), No. 5 qualifier Shane Gray (6.602) and No. 13 qualifier Deric Kramer (6.663). Under the rules of the four-wide nationals, the two quickest cars in each foursome advance to the next round.

"I have complete faith in the team," Coughlin said. "They won the last two championships over here so it's just a case of putting our heads together and see if we can't work some sort of miracle tomorrow at this famous four-wide race.

"The car's driving pretty well but we're still in the start-up phase in some regards as far as running with Mopar and the Hemis. We'll continue to narrow it down and find something we can race with."