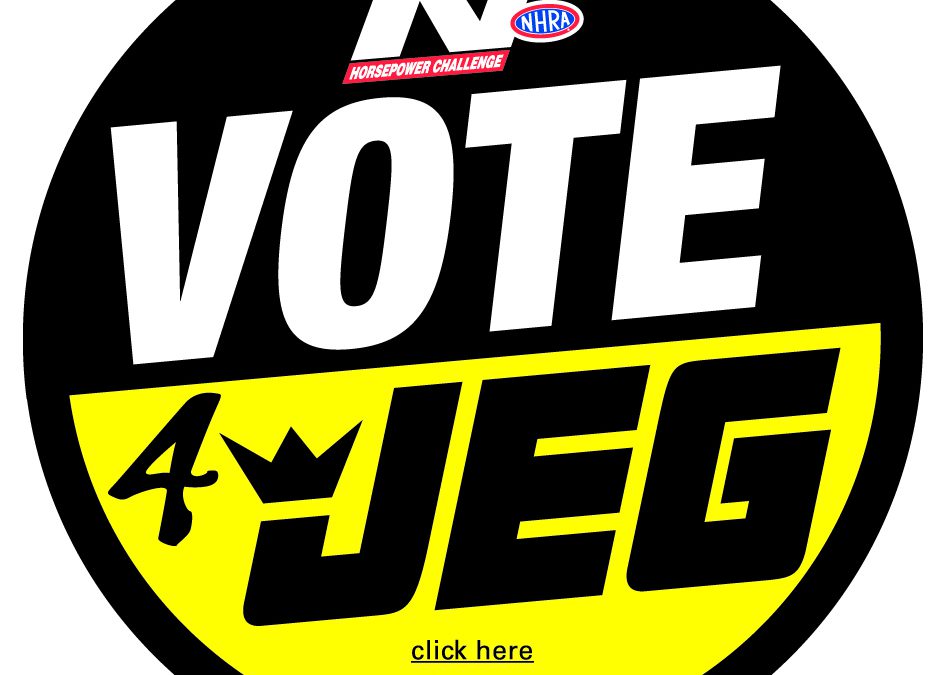 Balloting for the special bonus event for Pro Stock teams kicked off Thursday, the first day of the 2013 NHRA Mello Yello Drag Racing Series. Seven drivers will earn their spot in the special race-within-a-race based on qualifying points since last year's event, and an eighth will be voted in by fans.

Coughlin won the fan vote a year ago to gain a coveted spot in the race he's won three times. The 2013 K&N Horsepower Challenge will be held during qualifying on April 6 at The Strip at Las Vegas Motor Speedway. The winner of the race will receive $50,000.

Just as it was in 2012, fans can register their votes for Coughlin at www.vote4jeg.com.

NHRA fans can also participate by entering the K&N Horsepower Challenge Sweepstakes at http://www.knfilters.com/register/KN_HP_CS.aspx. From the entries received, eight finalists will be chosen to receive a trip for themselves and a companion to Las Vegas on April 5-7 for the NHRA Nationals.

On the day of the event, each finalist will be randomly paired with one of the eight qualified drivers, and the fan finalist whose driver wins the race will take home a 2013 K&N Horsepower Challenge special-edition Toyota Tacoma.

The vehicle is a unique midsize pickup created by Toyota Racing Development and K&N Filters for this event with modifications which include a supercharger, custom wheel and tire package, intake system, shocks, and springs.