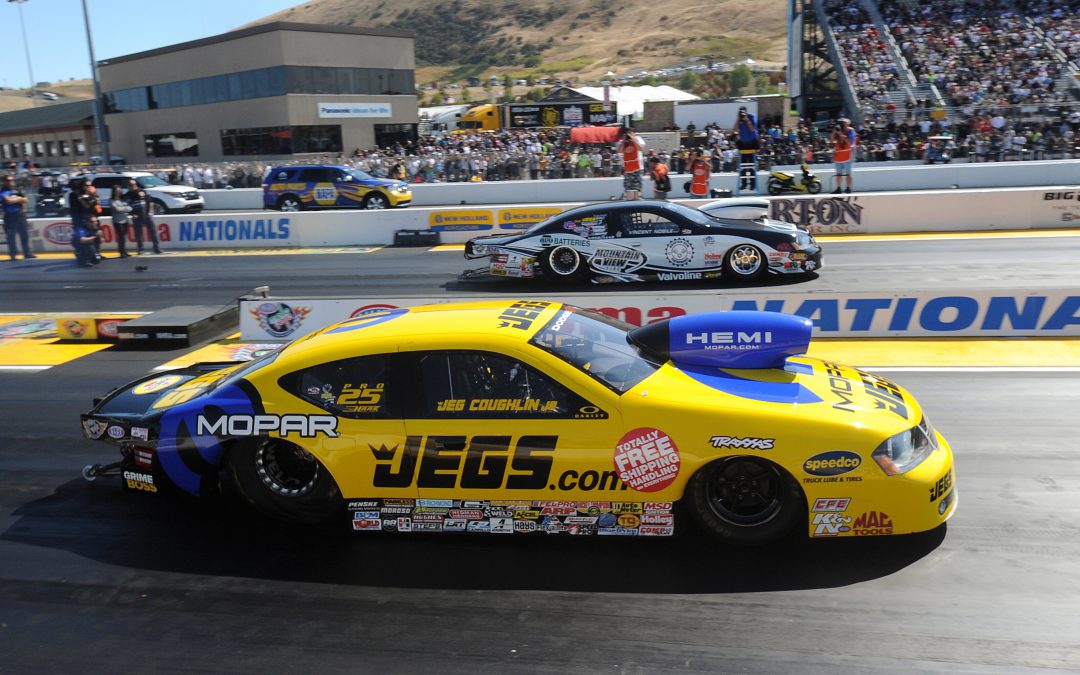 En route to his 90th career final-round appearance, Coughlin picked up two round wins on holeshots against the top two qualifiers, giving him a Pro Stock-best 87 for his brilliant career.

"For J&J Racing, Allen (Johnson), Roy (Johnson) and the entire team did one heck of a job," Coughlin said. "We had three cars in the final four, and that's pretty stout. We wanted to get the win for Team JEGS, but it just wasn't meant to be."

Coughlin, a 52-time winner in the ultra-competitive Pro Stock class, began his day from the No. 7 qualifying position, but he knew his team could rebound. In the first round against Rodger Brogdon, Coughlin left first and made a pass of 6.562 seconds at 210.54 mph to hold off Brogdon's run of 6.586 seconds at 211.43 mph.

"We kind of took the long route down the first three rounds, where the car was going left just a little bit and making me work it a little," Coughlin said. "It took some ET off, without question. But we got away with it."

In the final, he had lane choice over Nobile, but the race went away before Coughlin could out of first gear.

"We felt like we got over to the better of the two lanes, the right lane," Coughlin said. "About 20 feet out, it just started paddling the tire a little bit. I didn't catch it soon enough, and it started shaking real hard at the top of low gear and going into second. I carried that all the way through third and fourth and said uncle. I could see Vincent out there marching along, and it was going to take a miracle for us to be able to pull that off. Congrats to them."

Coughlin remained third in the Pro Stock points standings as the Western Swing heads to Seattle. Teammates Johnson and Nobile have split the first two races of the Swing.

"We rebounded well from our Denver woes," Coughlin said. "Now we'll move to Seattle. Maybe it'll be Allen at Denver, Vincent in Sonoma and Jeg in Seattle. How do we like the ring to that?"